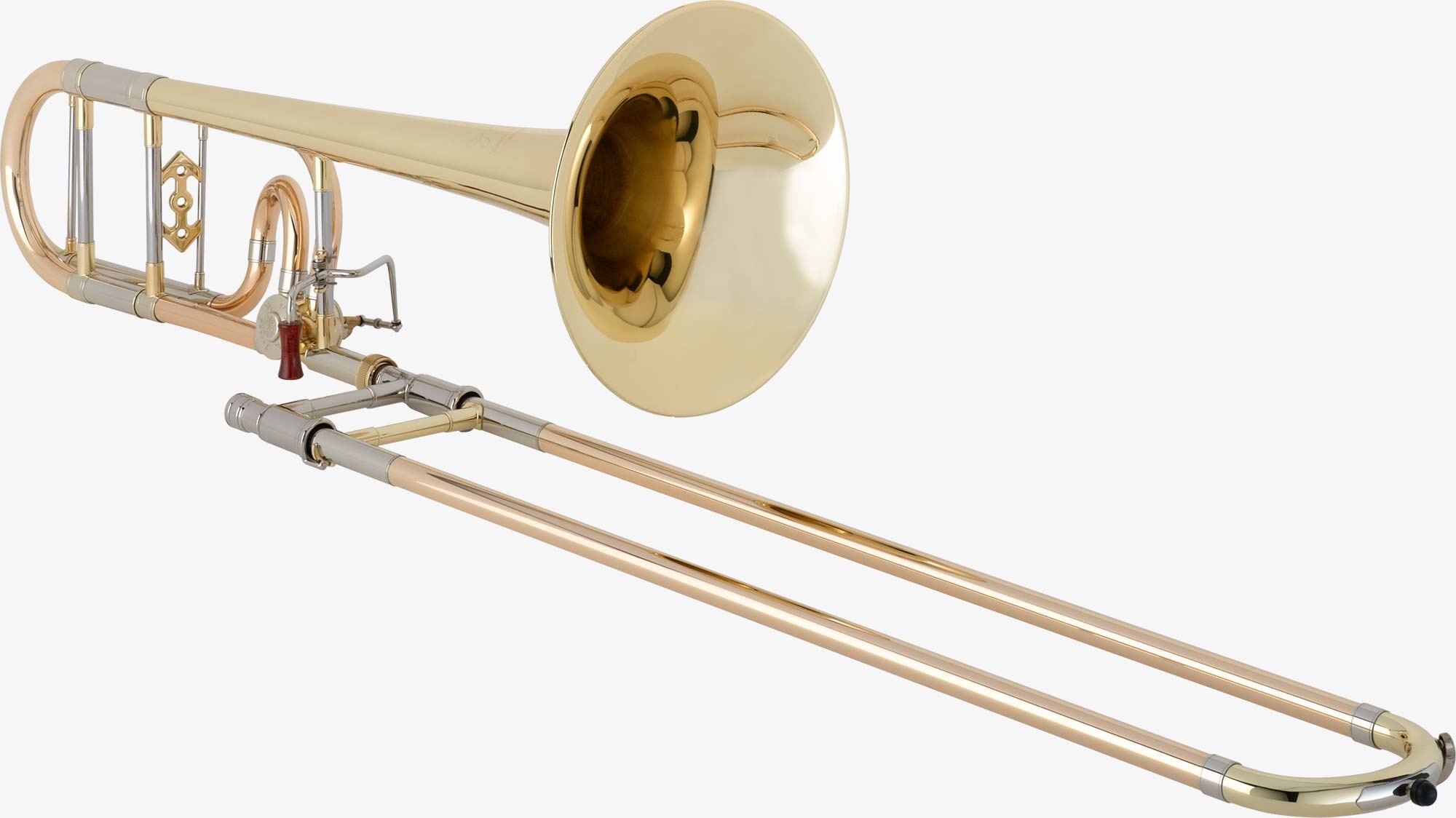 When Joseph Alessi is not playing in the back row of Lincoln Center, he can be found performing solos in front of orchestras and in recitals. His music versatility requires an instrument that will meet his needs. The T396-A meets those needs, and then some.

First and foremost, Mr. Alessi is a principal orchestral player. His instrument must crown the low brass section while blending with the orchestra. This balance was of the utmost importance when designing his signature trombone. But we also could not ignore Mr. Alessi’s considerable solo capabilities.

We did our homework when deciding on a valve for the Alessi T396-A. Seeking the sound and feel he was after, Mr. Alessi tried every available valve on the market. Some provided a great tone, others had a nice feel. But they rarely delivered on both. Other valves had build and playability issues. We didn’t feel comfortable offering anything other than the very best on this instrument. Neither would Mr. Alessi. After all, his name is on the horn.

Take anything from this, but I like “Artist Rotor is the highest quality rotor we’ve seen. From a player’s perspective, it responds quickly and helps produce a wonderful large bore tenor sound.”

So we set out to provide Mr. Alessi with a horn that gave him the correct timbre and feel, no matter the musical setting. This is more difficult than it sounds. A lot of timbre comes with having an instrument that is tonally flexible without becoming unstable in different registers. We feel we achieved our goals due to the fact that the T396-A is the first “acoustically-tunable” fixed instrument. We are excited to make an instrument available that is as unique as each and every one of our customers.