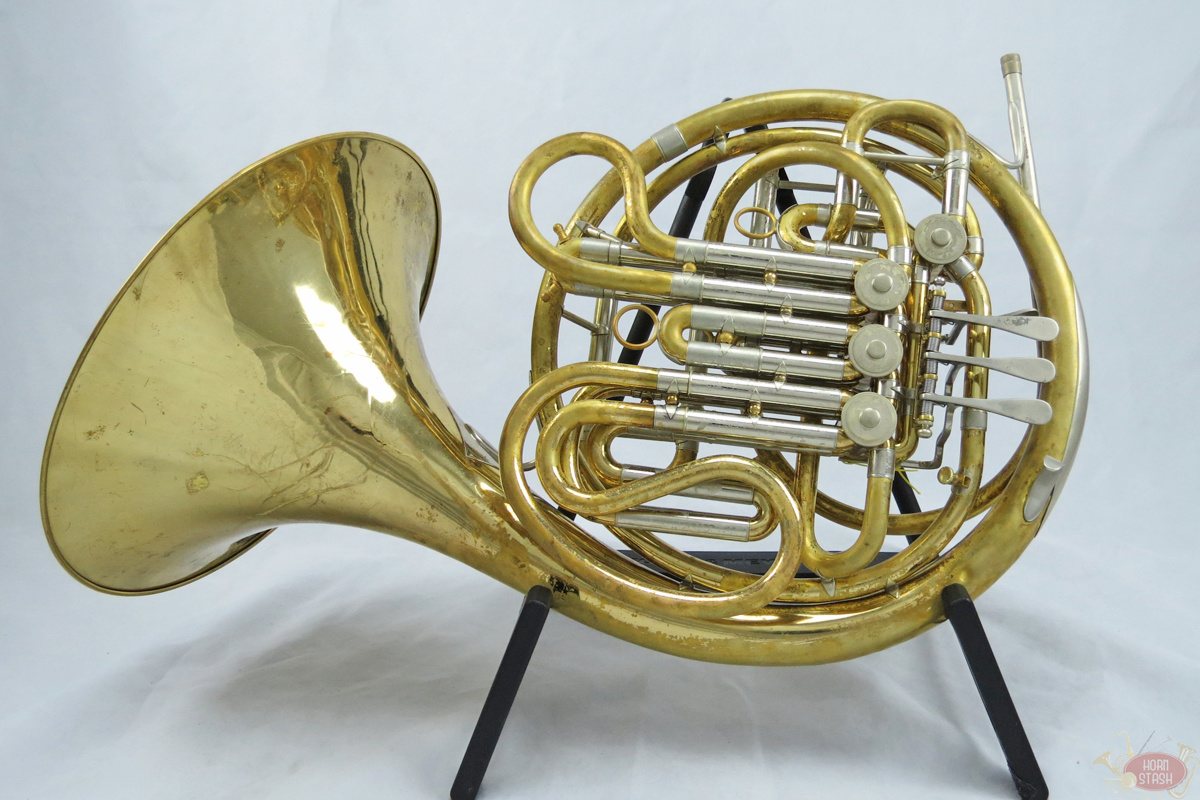 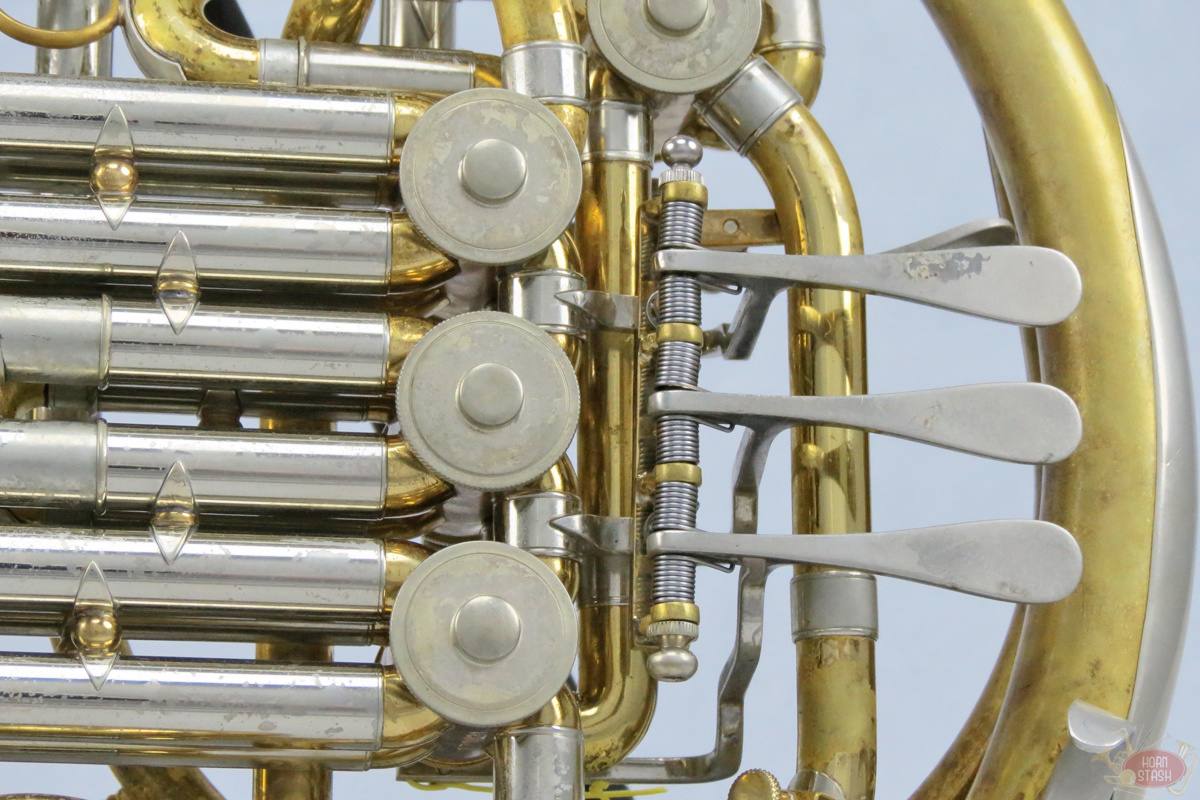 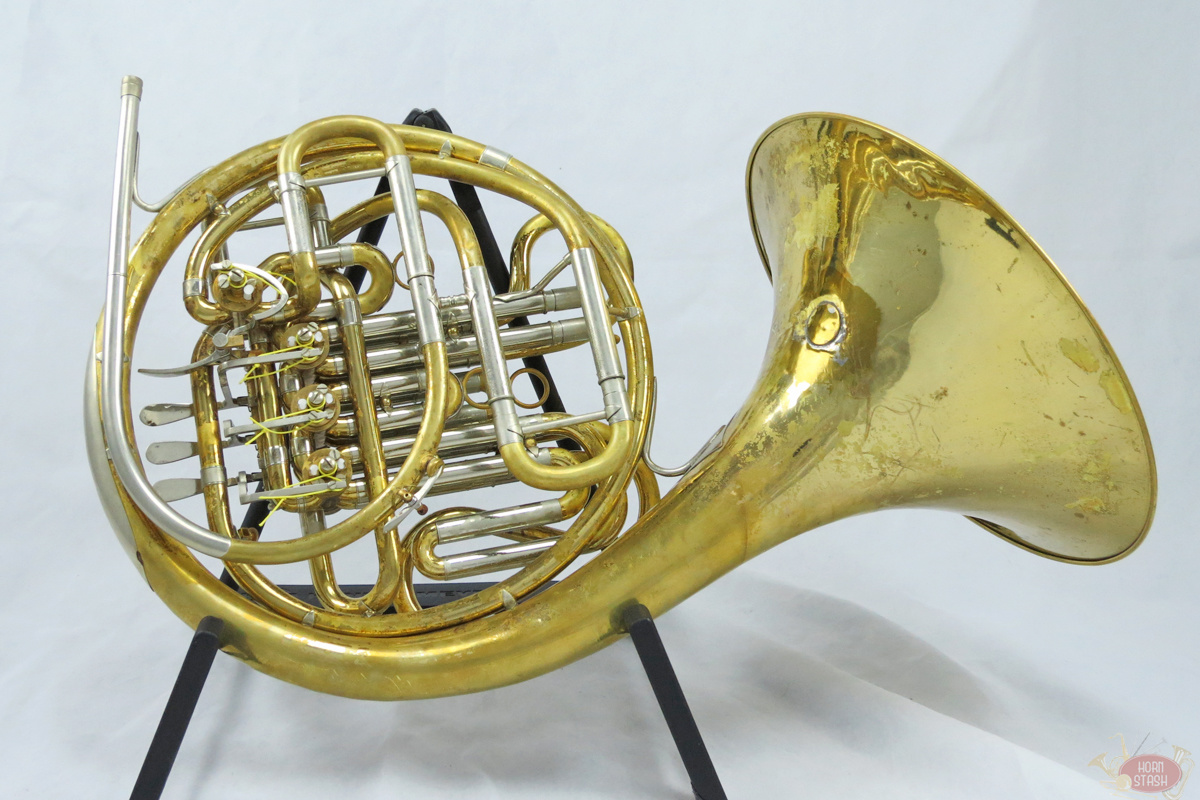 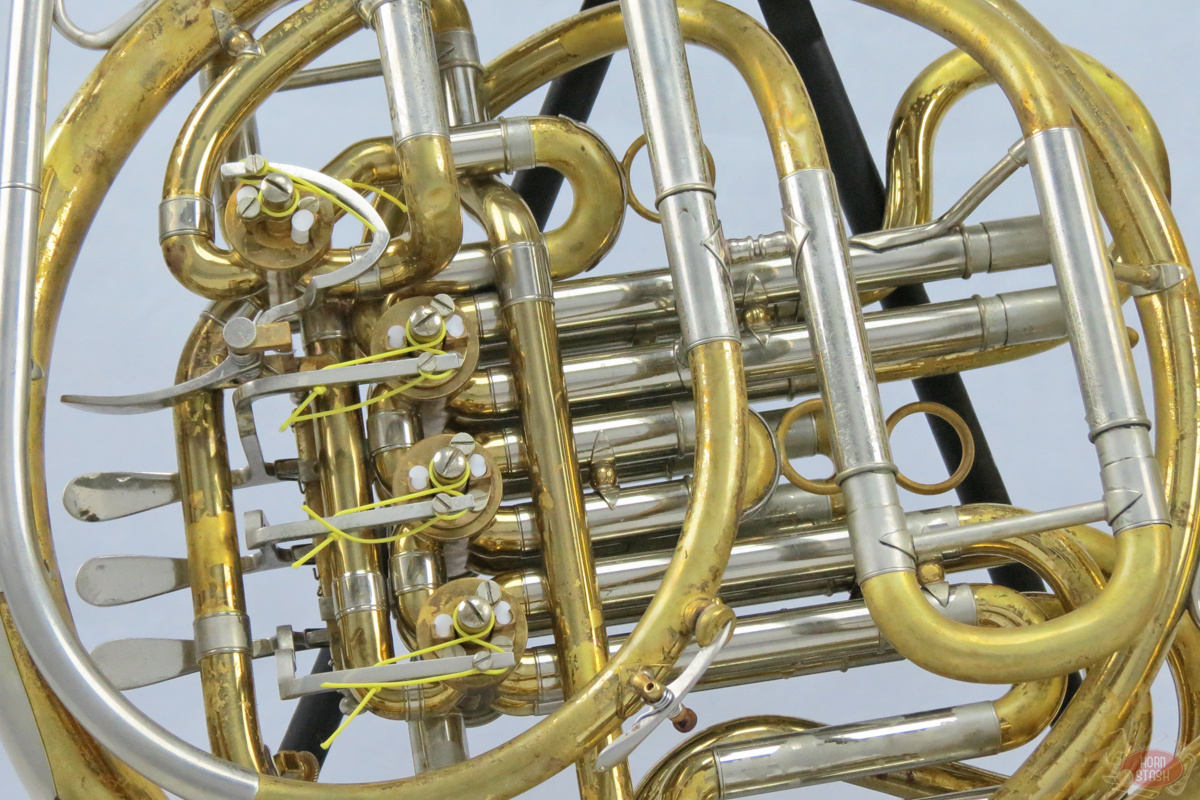 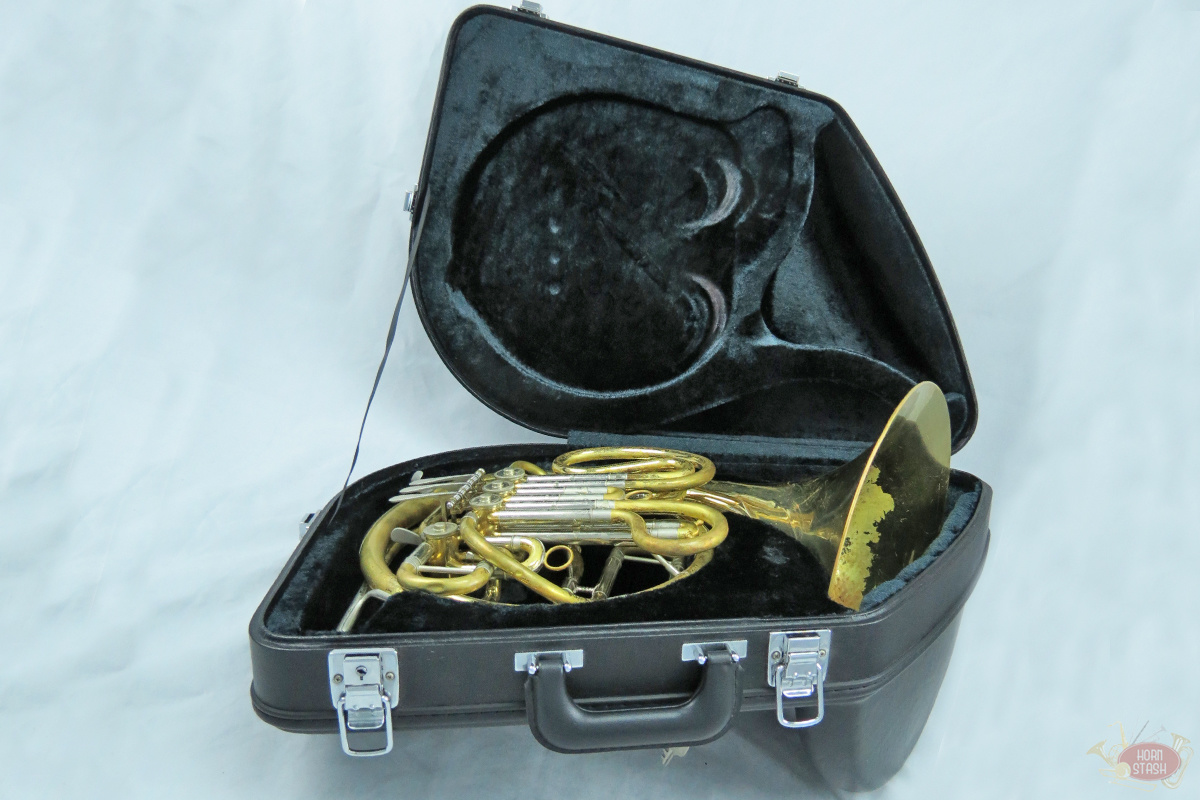 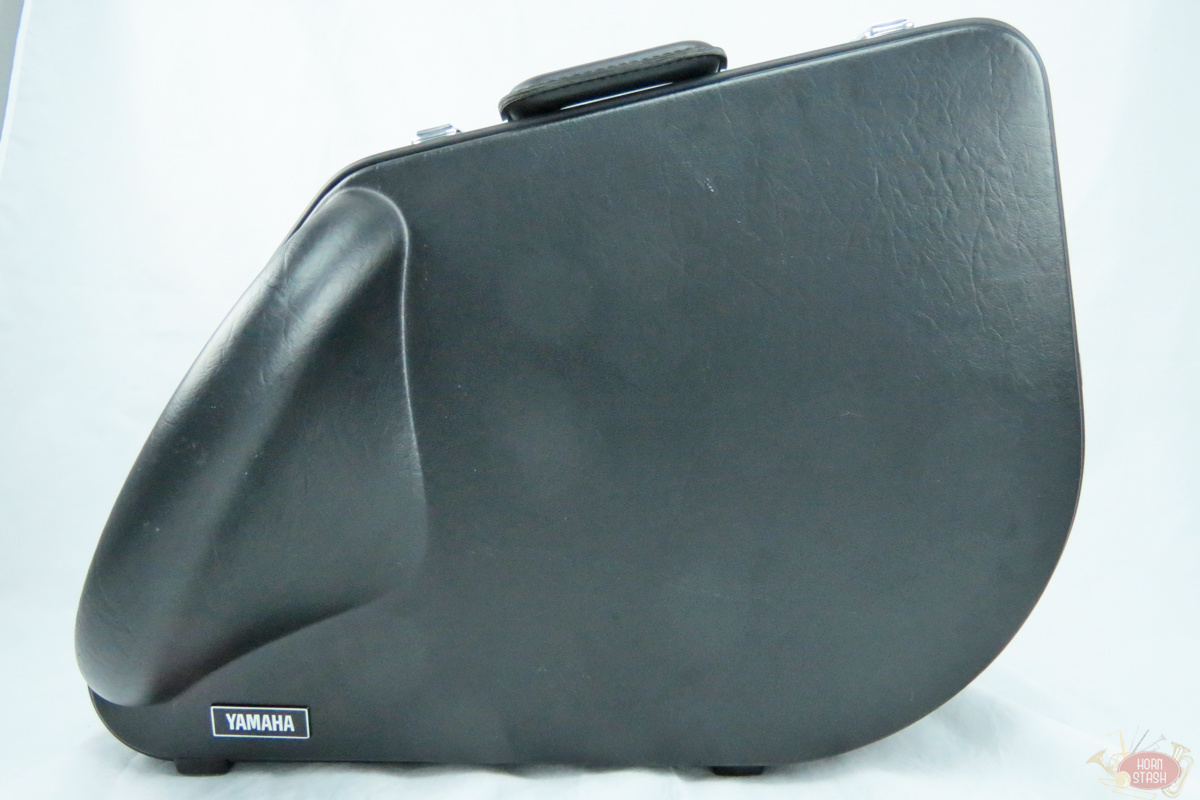 This Holton double french horn shows quite a bit of wear due to its age. The wear is mostly due to general usage and playing. It has been disassembled, ultrasonically cleaned, and serviced by our professional brass technician. There is a large patch on the bell done by a previous shop, but it does not affect the sound too much. We do suggest trying this out in the store. This would be ideal for a player moving to their first double horn on a budget.

"There is an exciting new difference in the superbly conceived Holton 77 'Farkas Model' French Horn. Over a score of subtle improvements have brought new ease of playing and greatly increased freedom of response in fortissimo passages, with no sacrifice in the glowing tonal beauty of this already remarkable Holton achievement. We are indebted to Mr. Farkas for the privilege of working with him and for the inspiration of his artistry and understanding. This newest modification of the Model 77 will. in turn. serve as a never-ending source of inspiration to horn players the world over, and as a golden milestone in the evolution of this most versatile and beautiful of brasswind instruments! - Frank Holton & Co., Elkhorn, Wis."