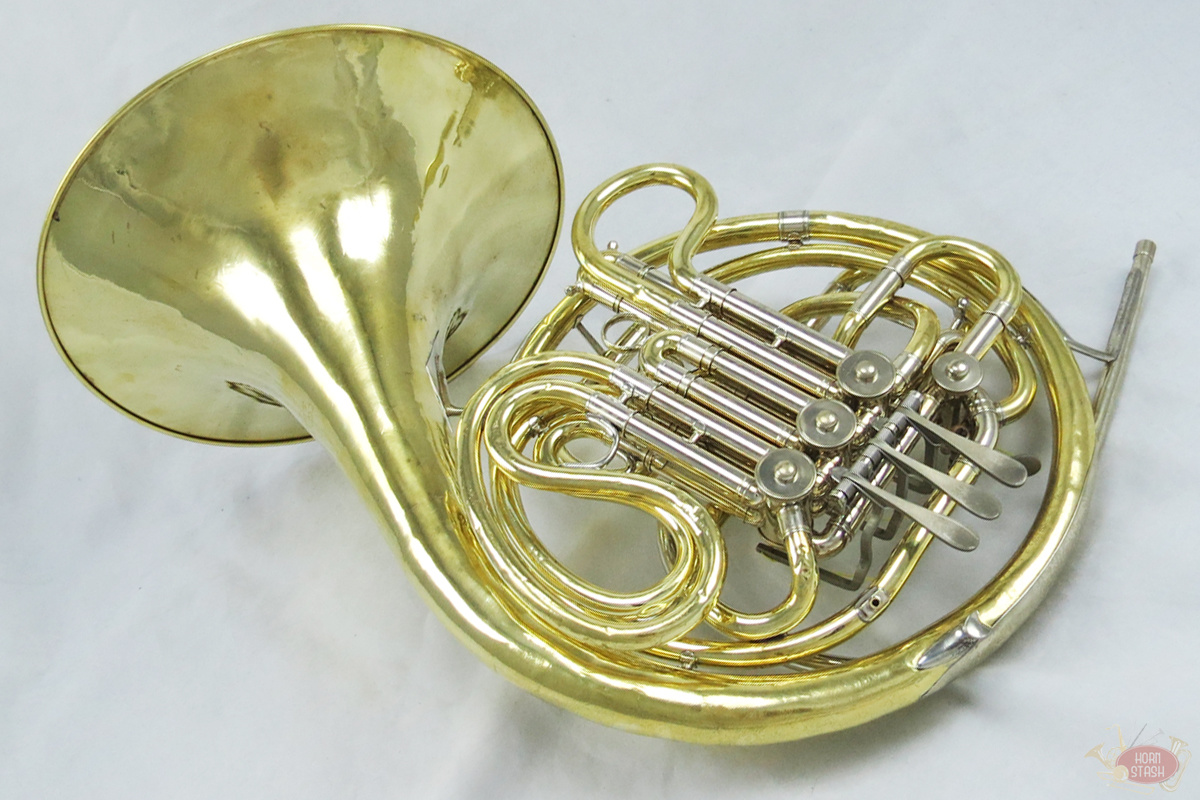 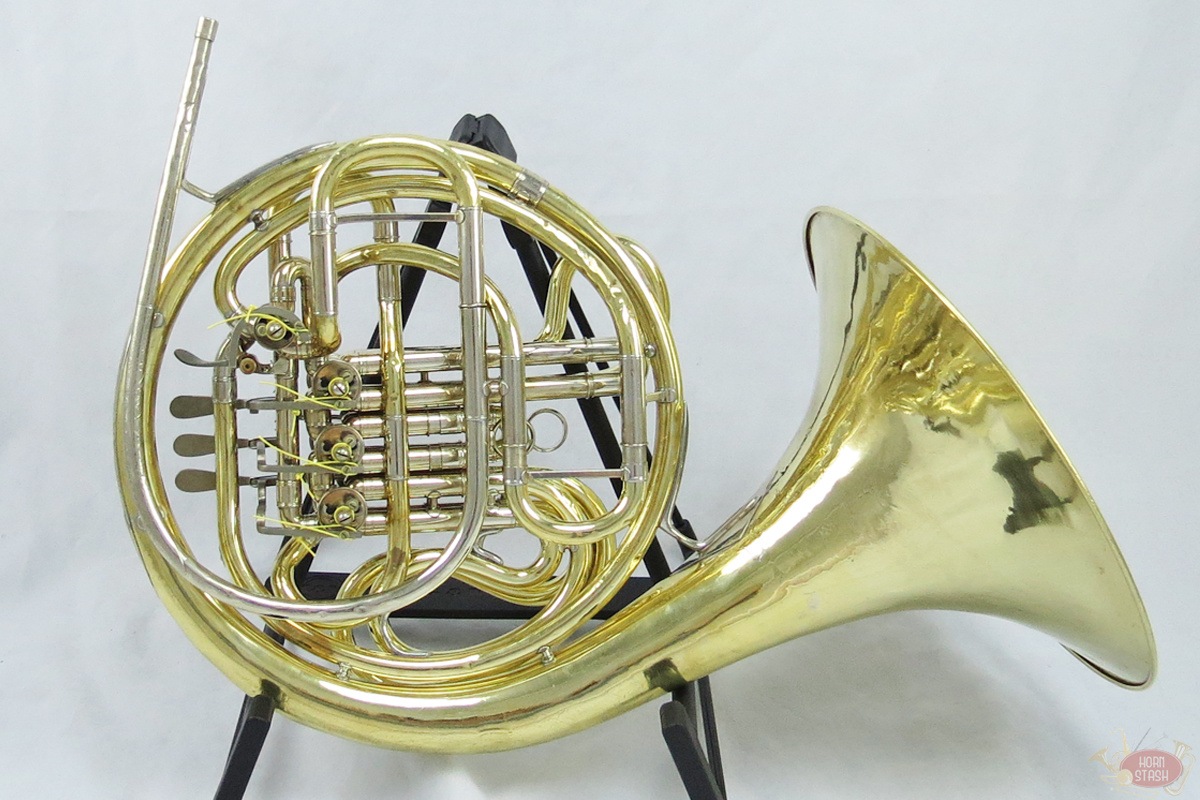 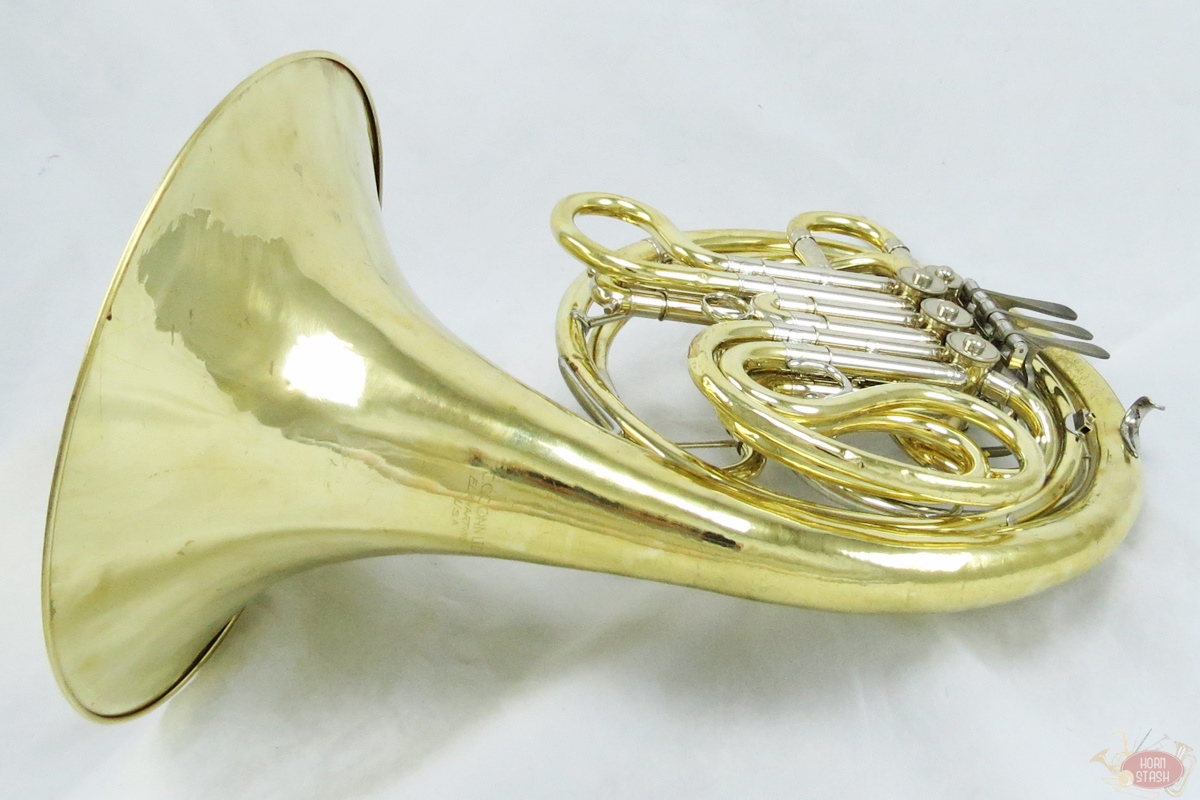 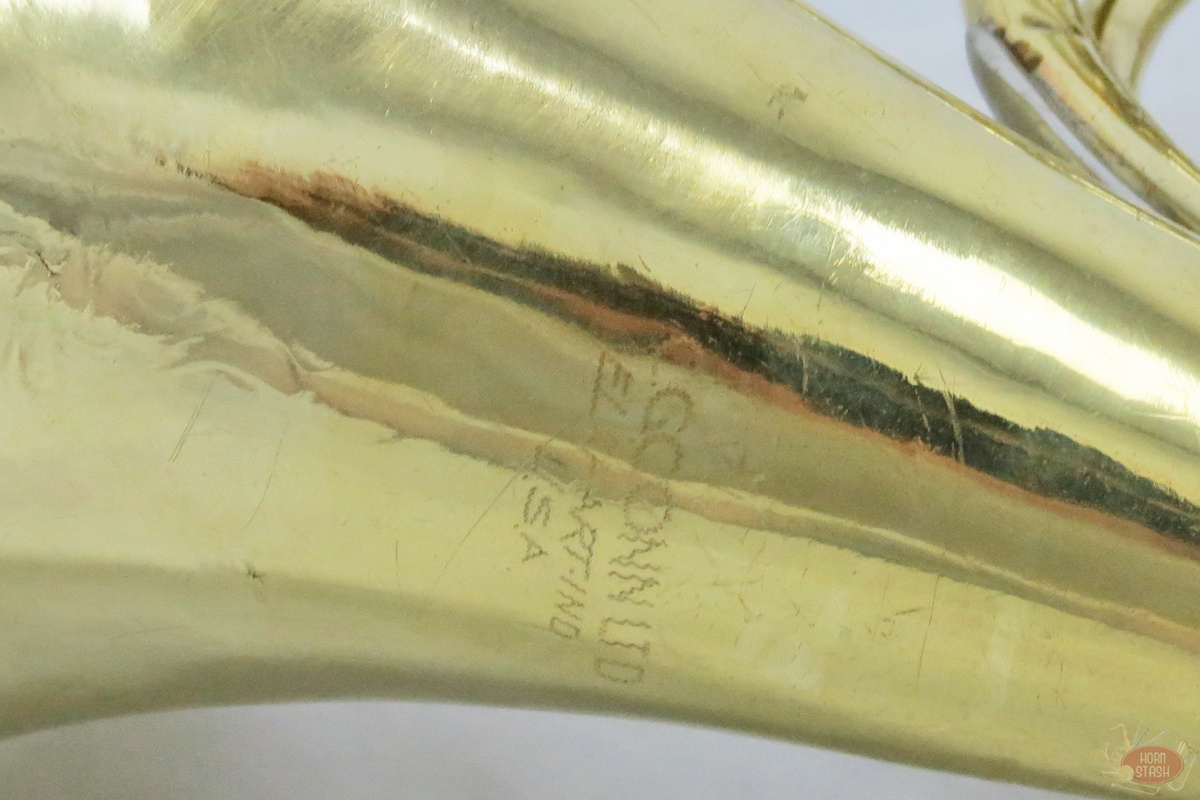 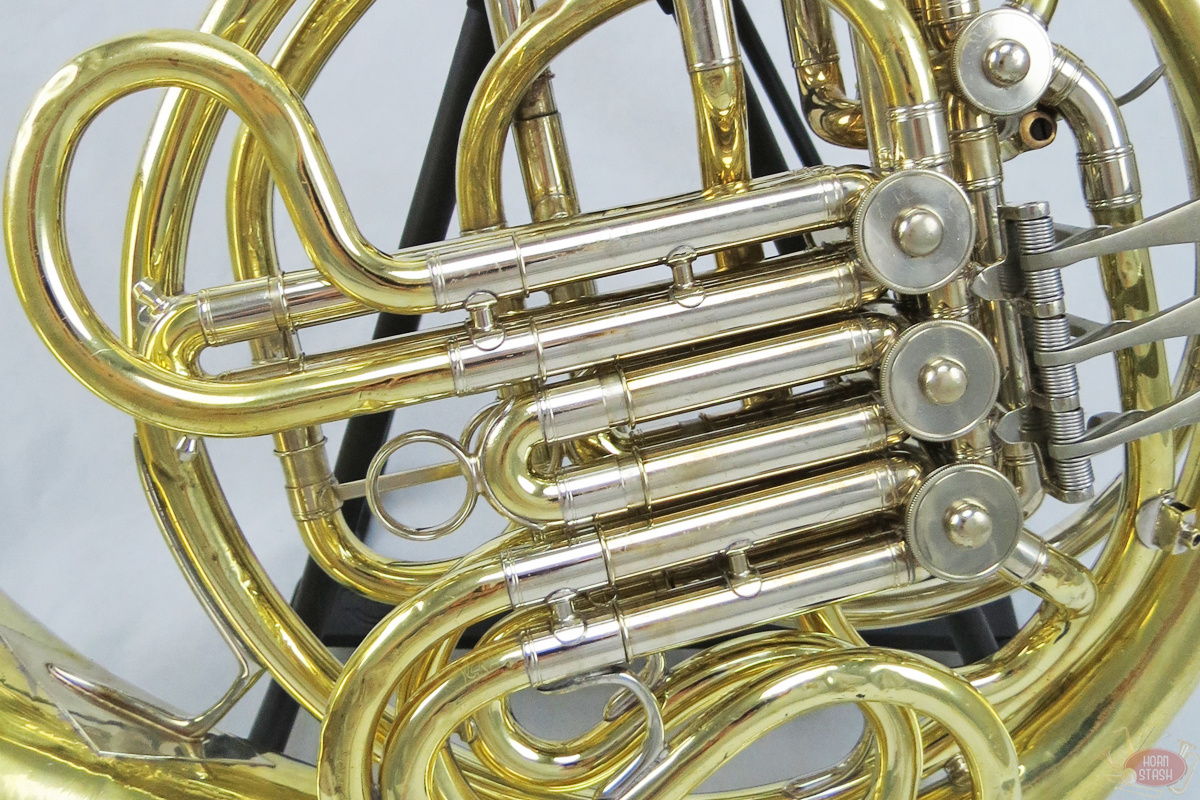 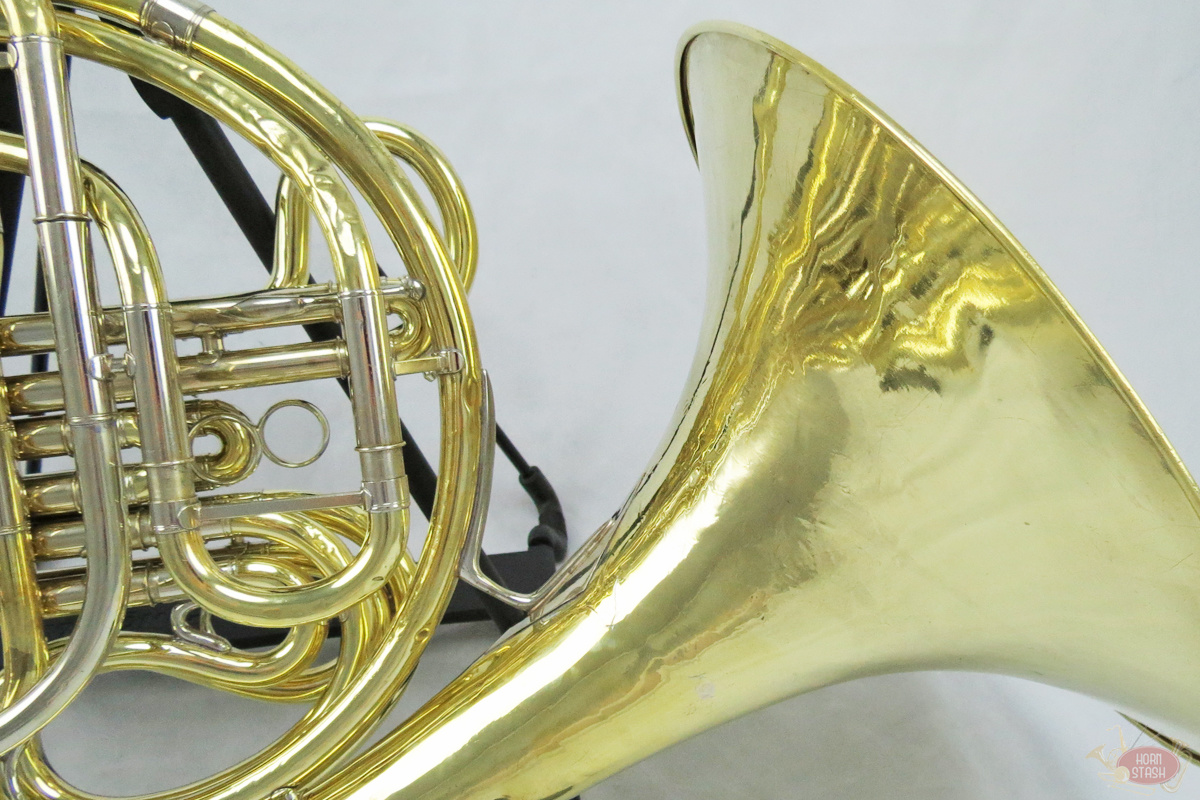 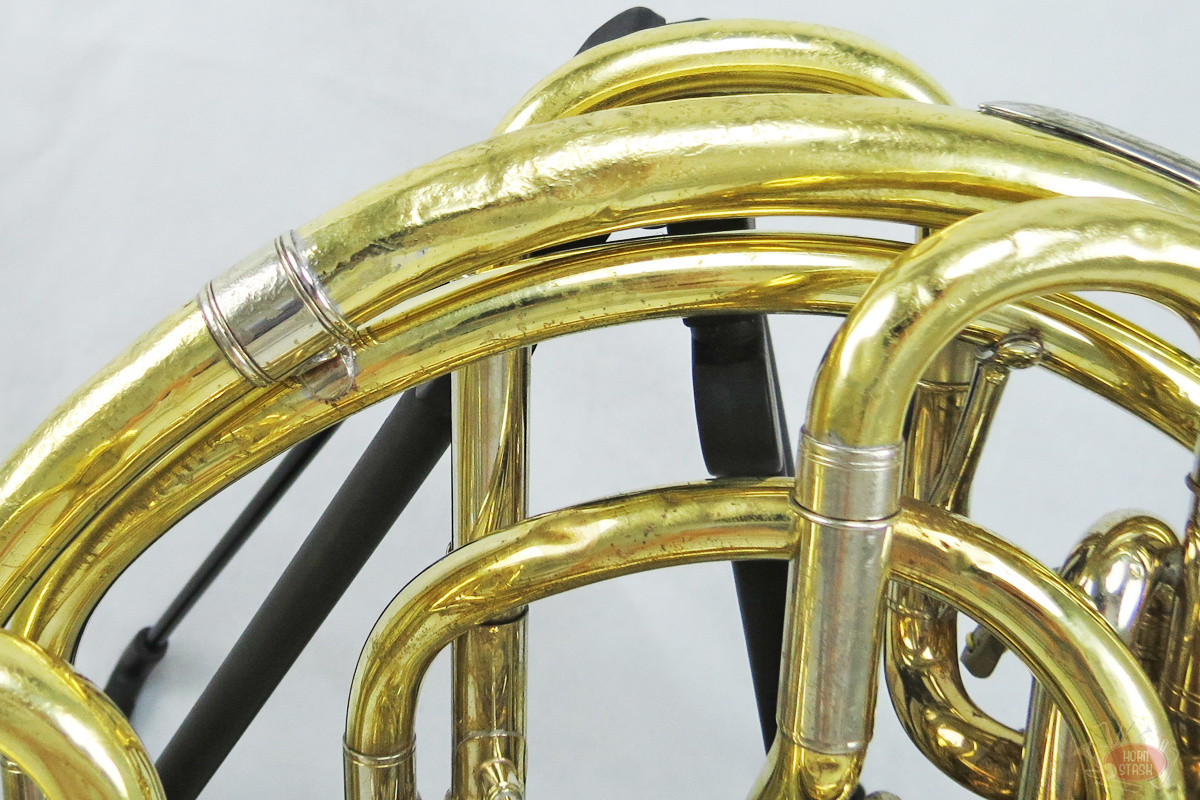 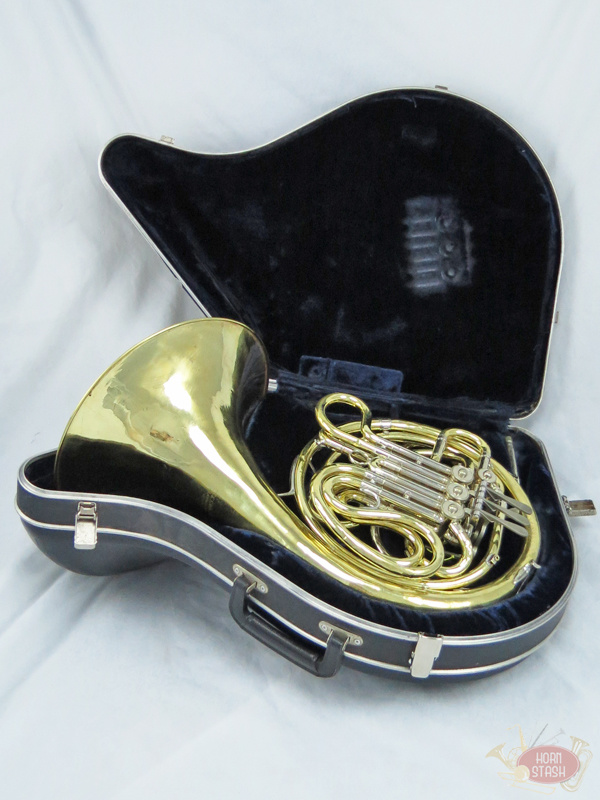 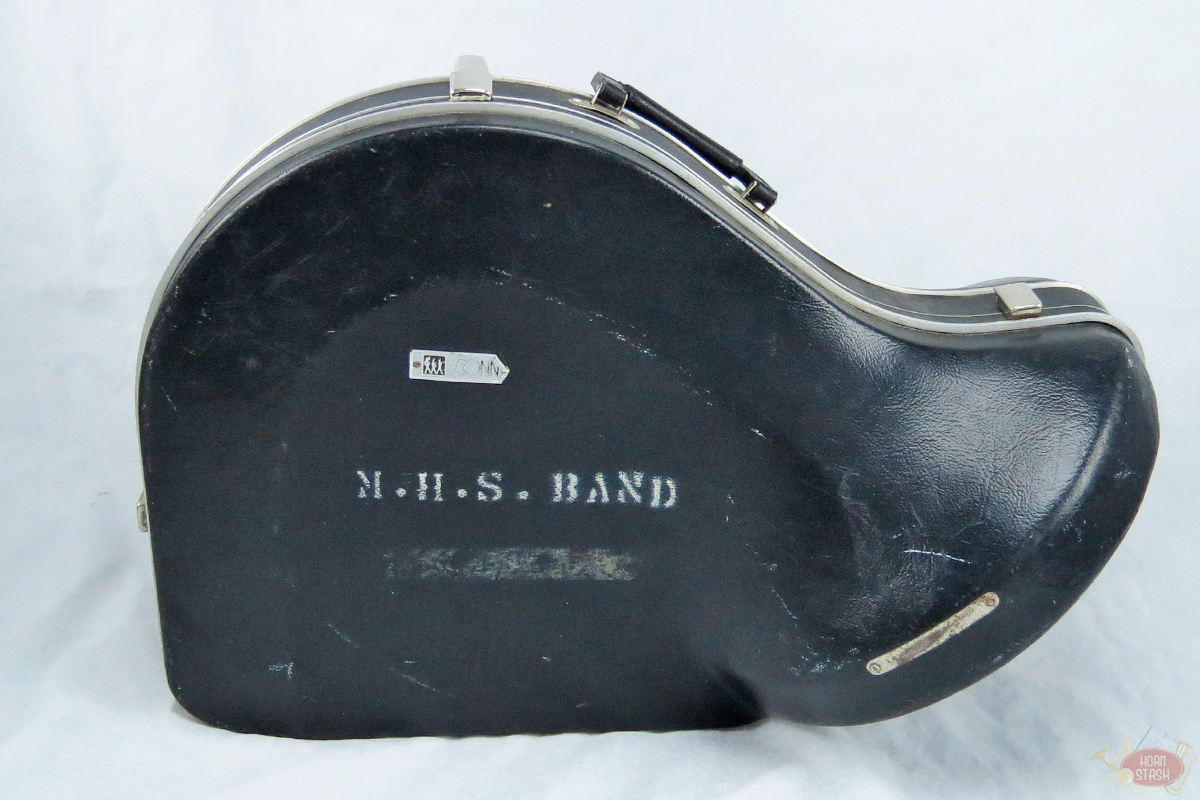 Have you ever wondered what a Conn 8D French horn would sound like if it was made of yellow brass instead of nickel silver? Well, for only a few short years in the late 40's and early 50's, Conn made that exact horn. Why they stopped is unclear, because the Conn 28D is quite sought-after nowadays. It's possible the 8D was selling far better at that time, and it could have been about the availability of materials at the time. But no matter because we have one here right now!

Featuring the exact same configuration as the Conn 8D (but swapping nickel silver for yellow brass), and even its original case, this horn would be an excellent candidate for anyone who is after the 8D feel, but wants the response of a raw brass bell. All of this instrument's lacquer has been stripped, so the tone has some added warmth. However, this horn is quite responsive, and can really cut through a section when pushed. You really need to come and play on it to see what we mean. It's very likely that you've never played on a horn like this one.

This horn arrived here in excellent playing condition so our tech gave it a thorough inspection, but did not perform any work on it. It's being sold as-is. There are signs of previous work in the bell, slides, and leadpipe, which is a good sign for potential buyers that it was maintained well by its previous owner. This horn has seen some a fair amount of action in its day, but it's not done yet and won't be done for a long time! Come and check it out before its gone! Several people reached out to the store before there were even photos up, so we are confident that this horn will find its new home very quickly.