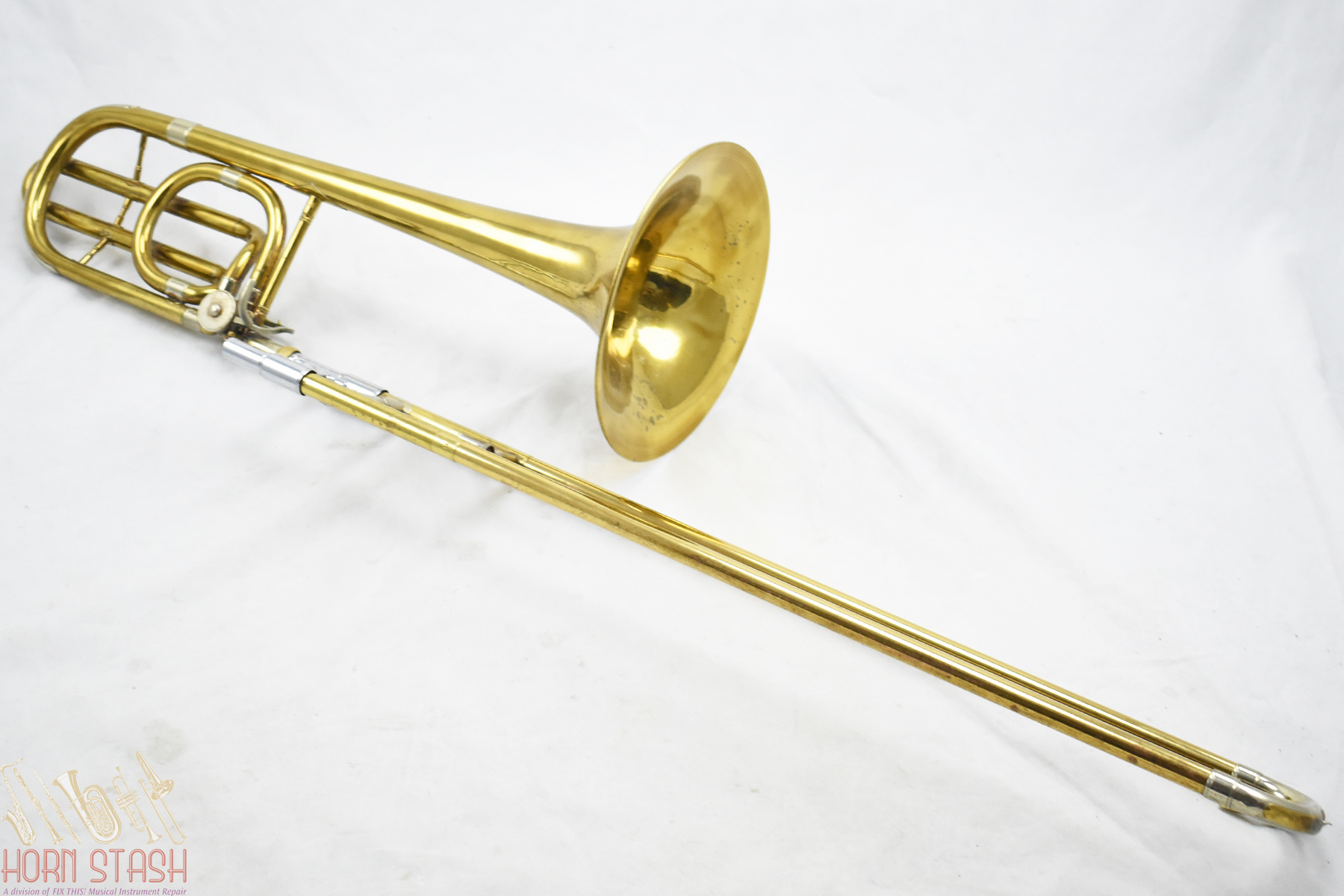 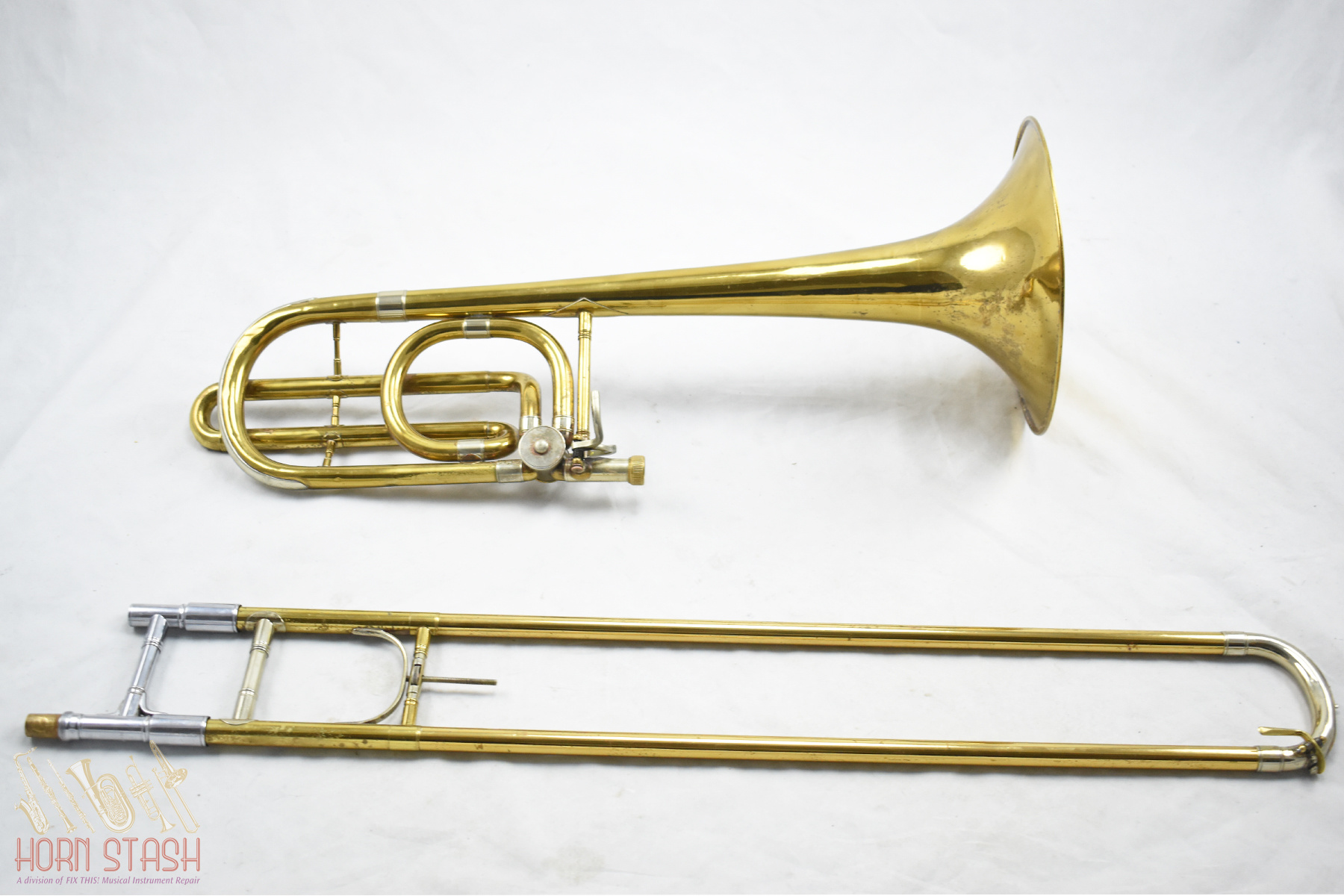 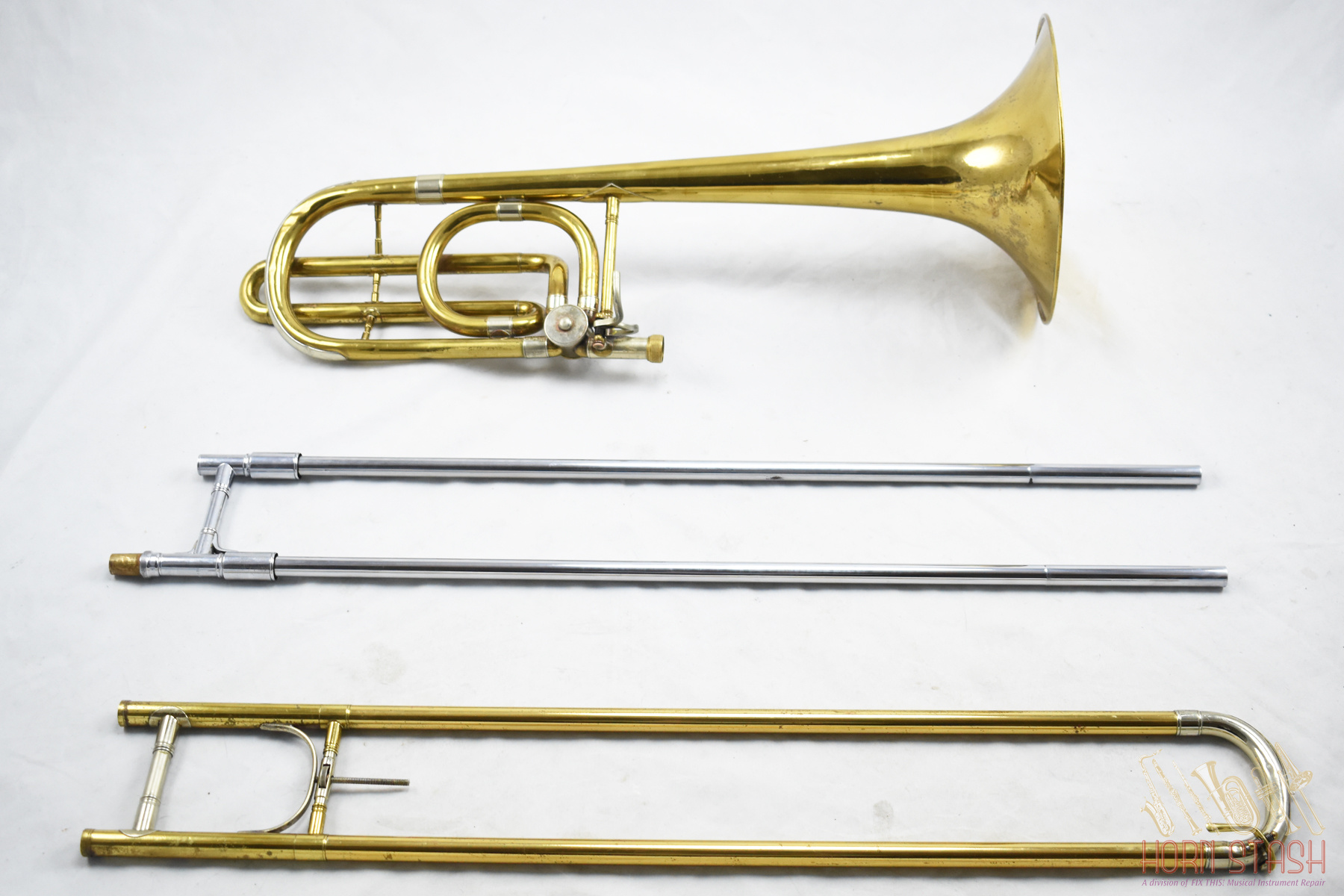 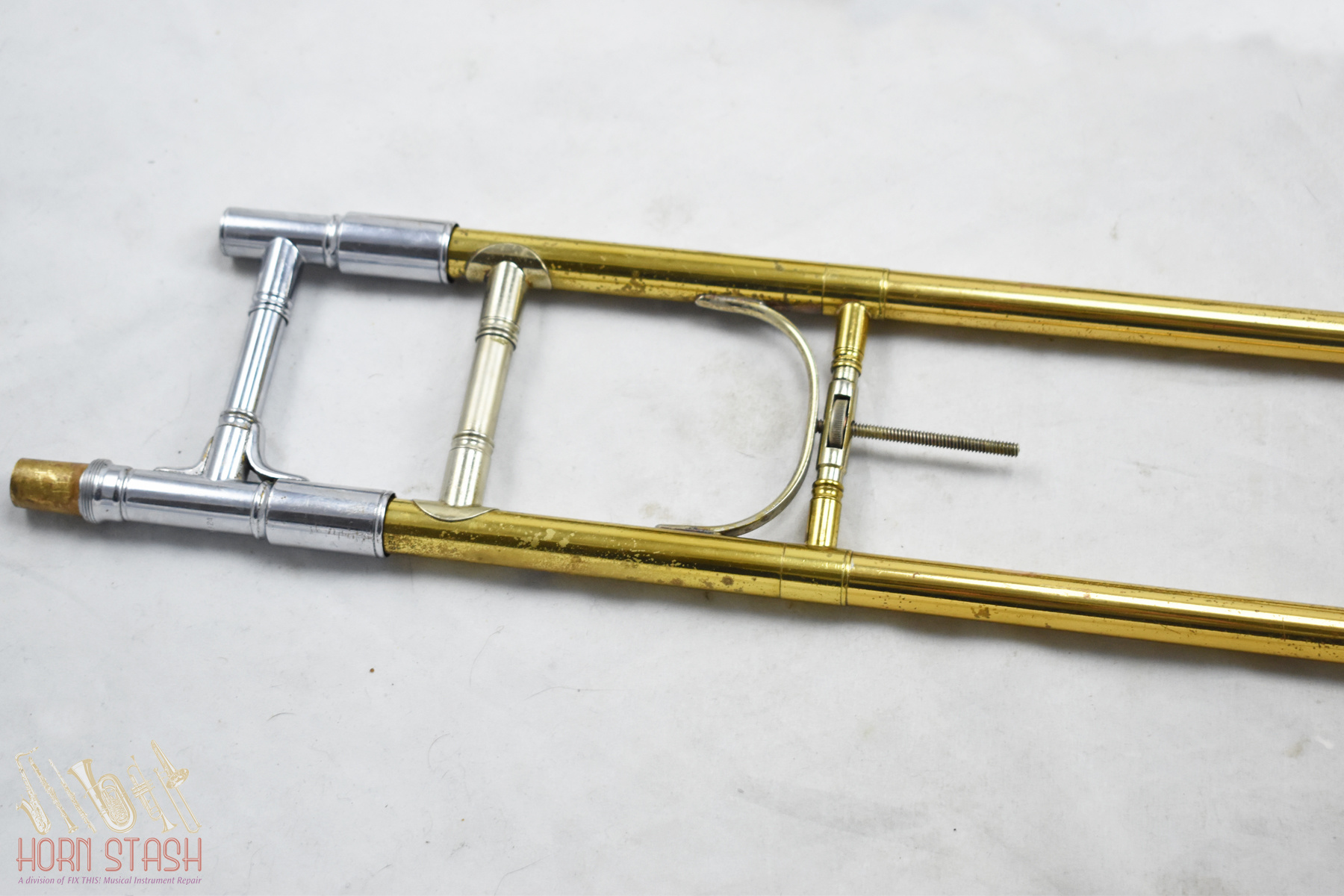 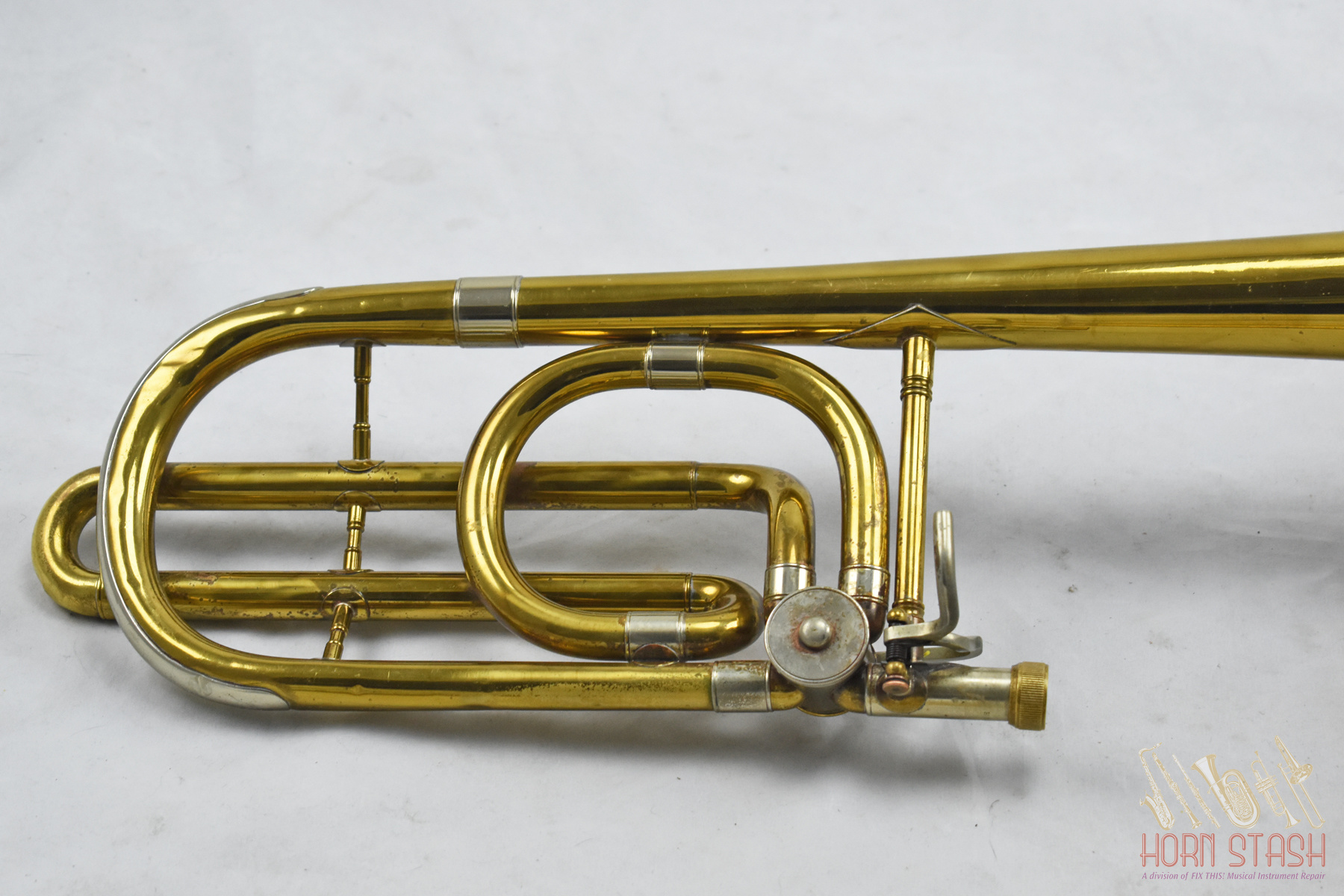 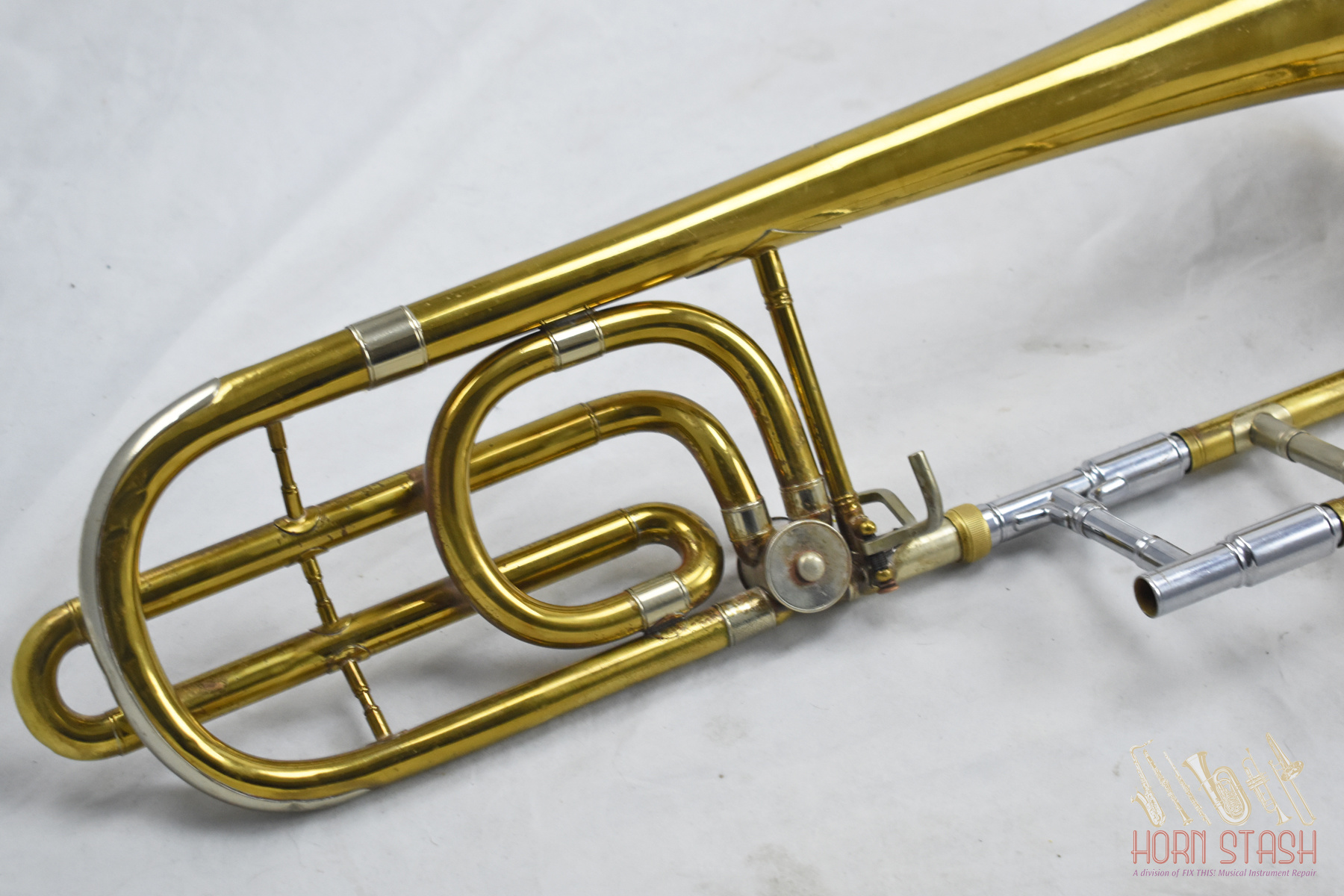 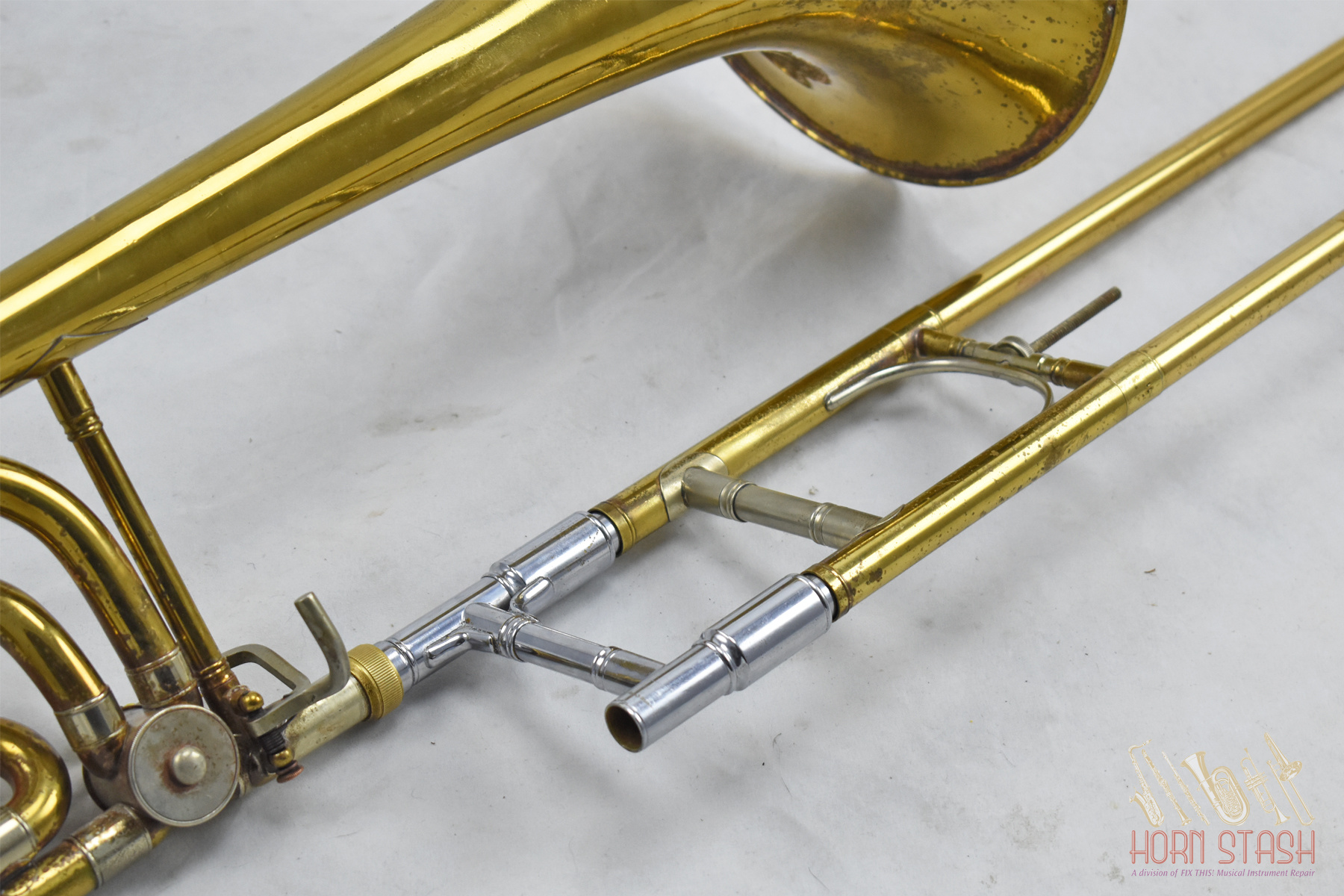 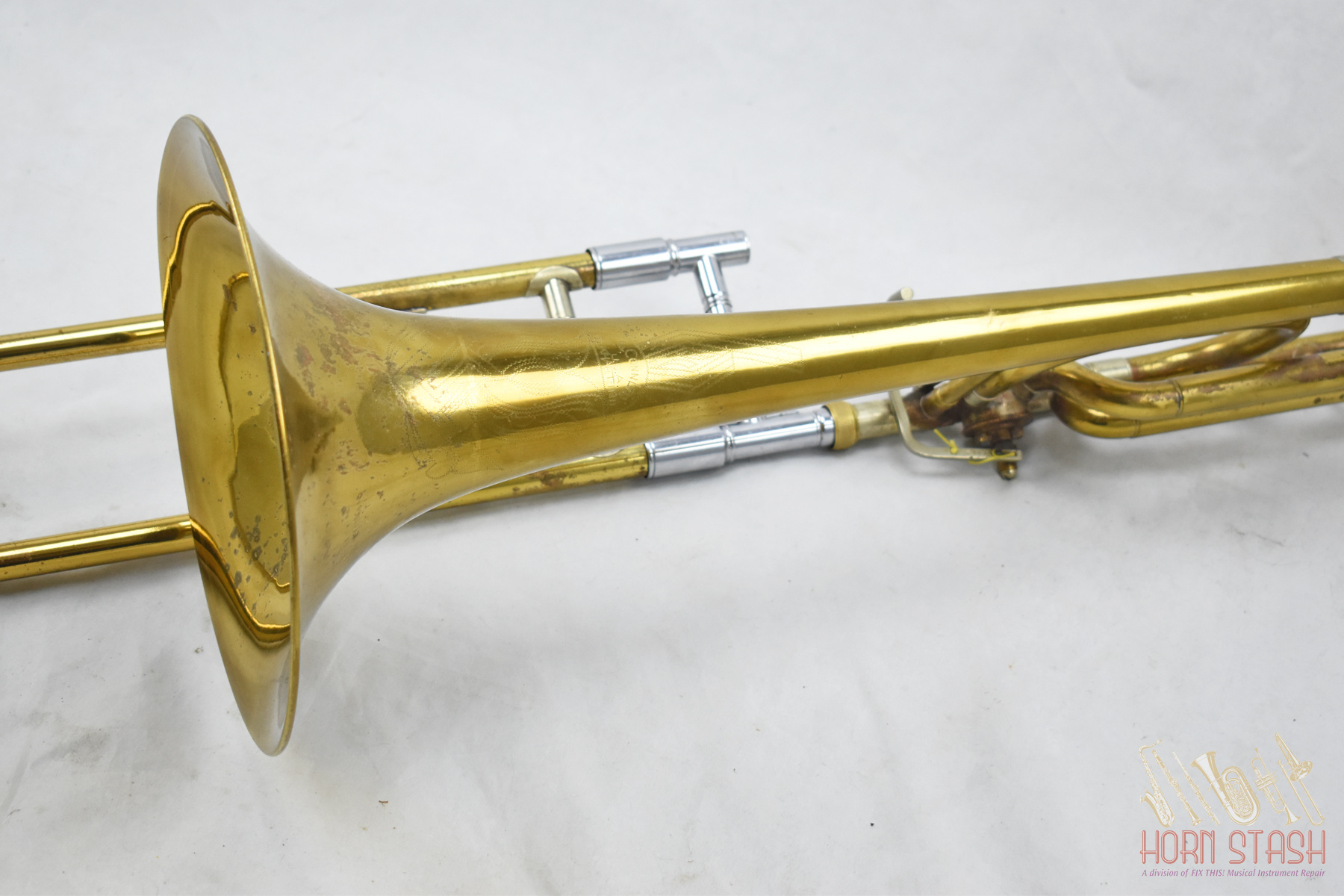 "More 70H bass trombones are used by top symphony and concert band artists than all other makes combined. It is the bass trombone without a rival. Built in large bore Bb, with rotary valve to F and slide to E, 9½-inch bell. Spring barrel for closed position; bell lock, tuning in slides."

Conn trombones made in Elkhart, IN are widely recognized as very desirable horns, and this one is has already gotten attention, even before this page was finished! Featuring a 0.562" bore and a 9.5" bell, this single trigger bass trombone would be perfect for anyone looking for a quality, vintage bass trombone in great playing condition. The tuning in the slide gives some extra weight on the front of the horn, and the spring barrel will allow for tuning to E when the trigger is engaged. Great for symphony or jazz playing, this would be a great addition to anyone's trombone collection. Just beware that this trombone does NOT include a slide lock! Take care when playing this horn!

Our professional brass technician gave this horn an ultra-sonic bath and worked out a dent in the bell's throat. It got a play-test after it came out of the shop, and it's ready to go! There is some minor plating wear on the inner slides - specifically on the stockings, which is common for trombones this age. There is also lacquer wear throughout the bell section, most notably the bell flare, likely from transport in the case. Other lacquer wear can be found on the bell throat and rim (scar from the dentwork and acid bleed on the rim), on the tubes near the rotor, and also on the F tuning slide. Some minor dents remain in the main crook of the bell section, and also the handslide crook. Both of these dents are minor enough to pass on due to the surgery that would be required to work them out. We also recommend replacing this instrument's case. It's functional, but has seen heavy travel and a lot of use. The case handle is missing, and some of the wood is splitting near the bell section.

All of these issues described on the trombone are strictly cosmetic, and do not affect the playability of this instrument. It's still every bit of a player as it was back in the 50's. But don't take our word for it! Come play it yourself! It won't be here much longer!