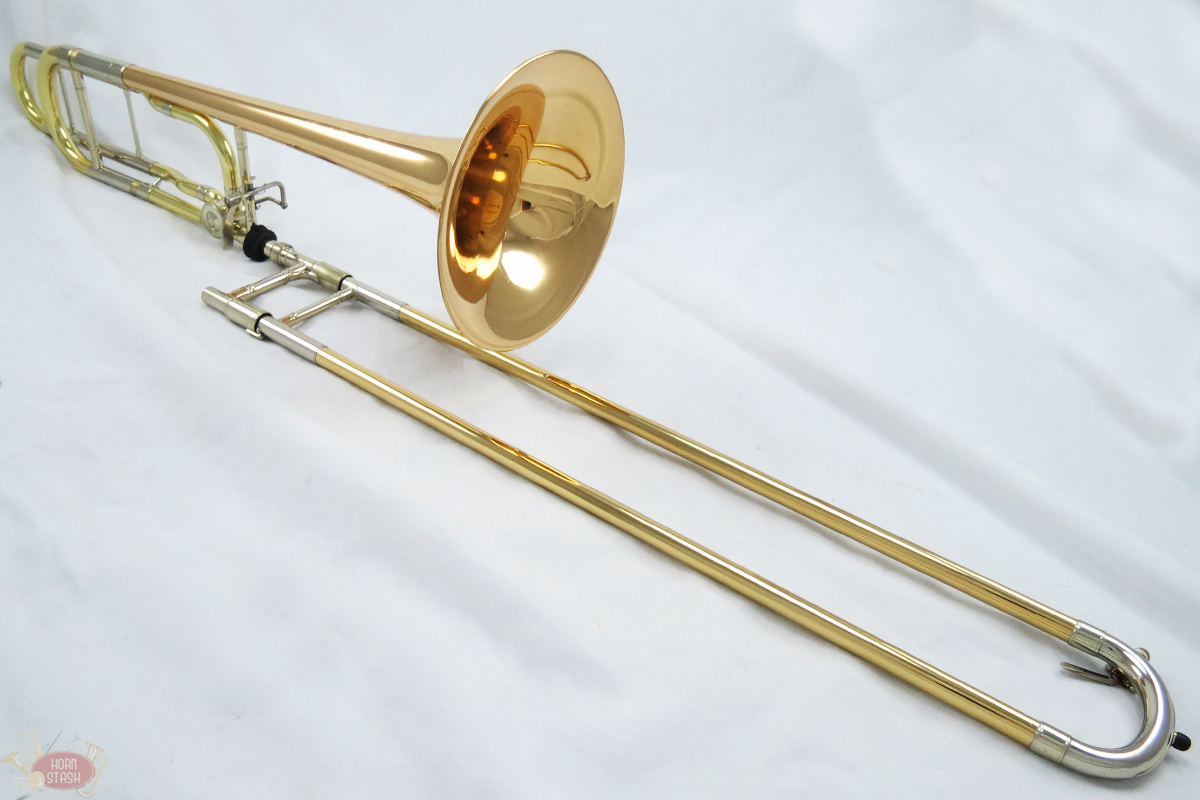 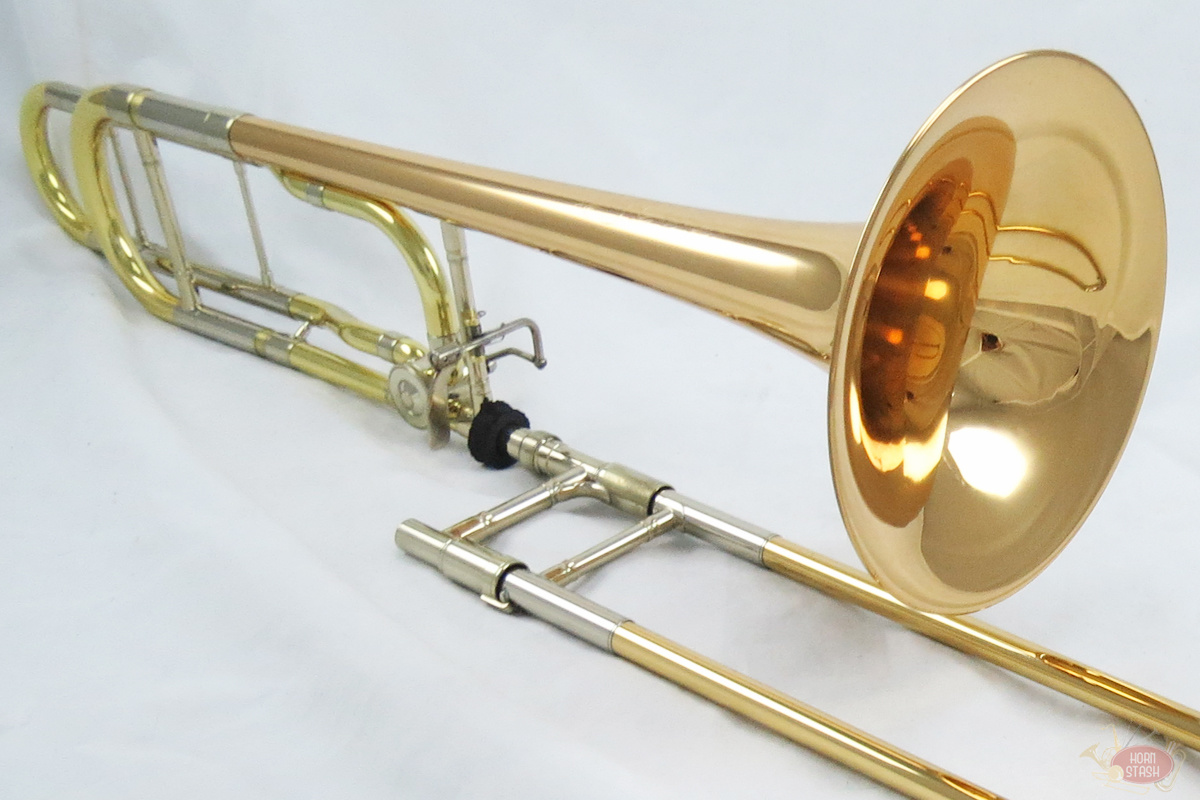 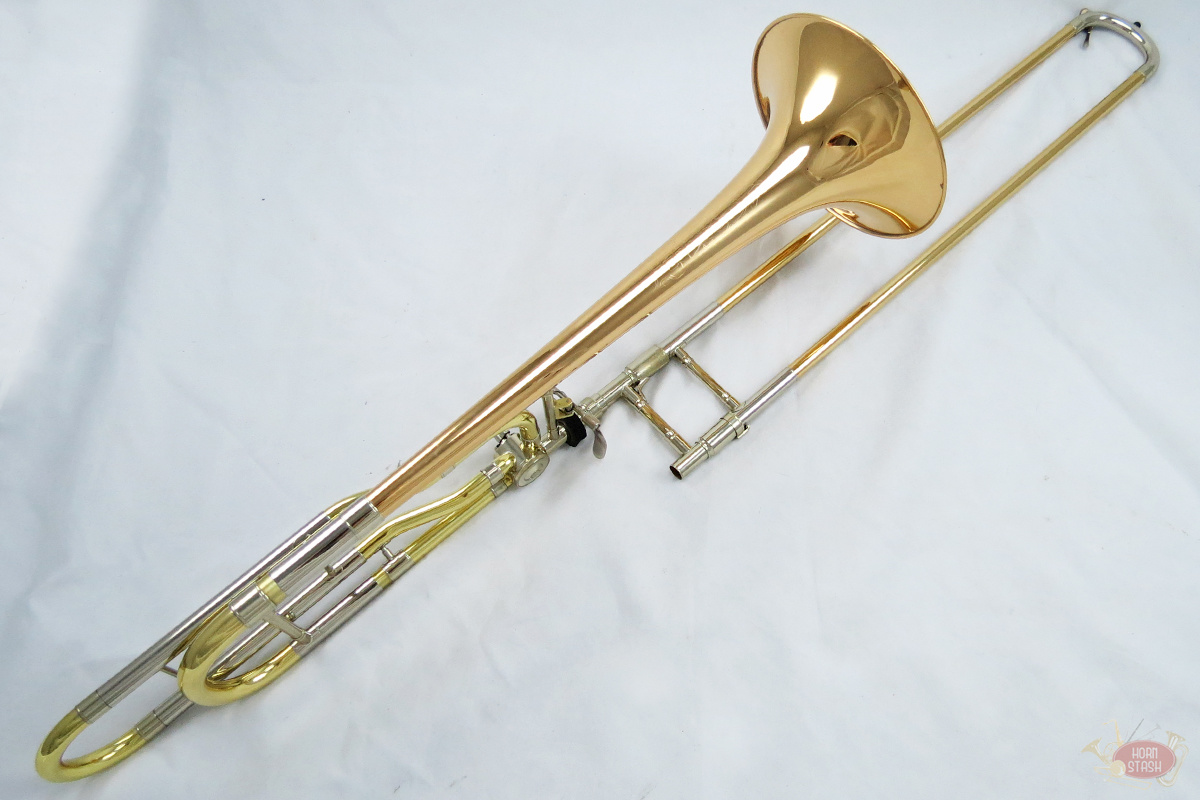 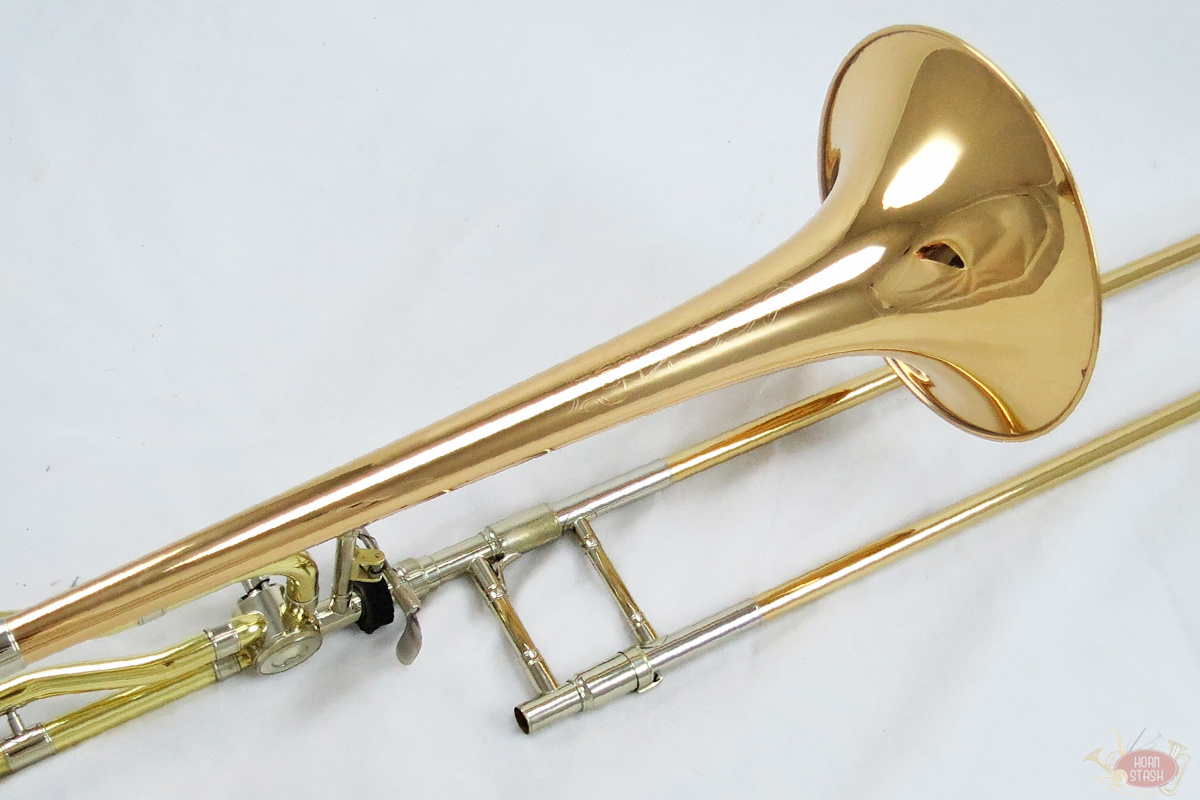 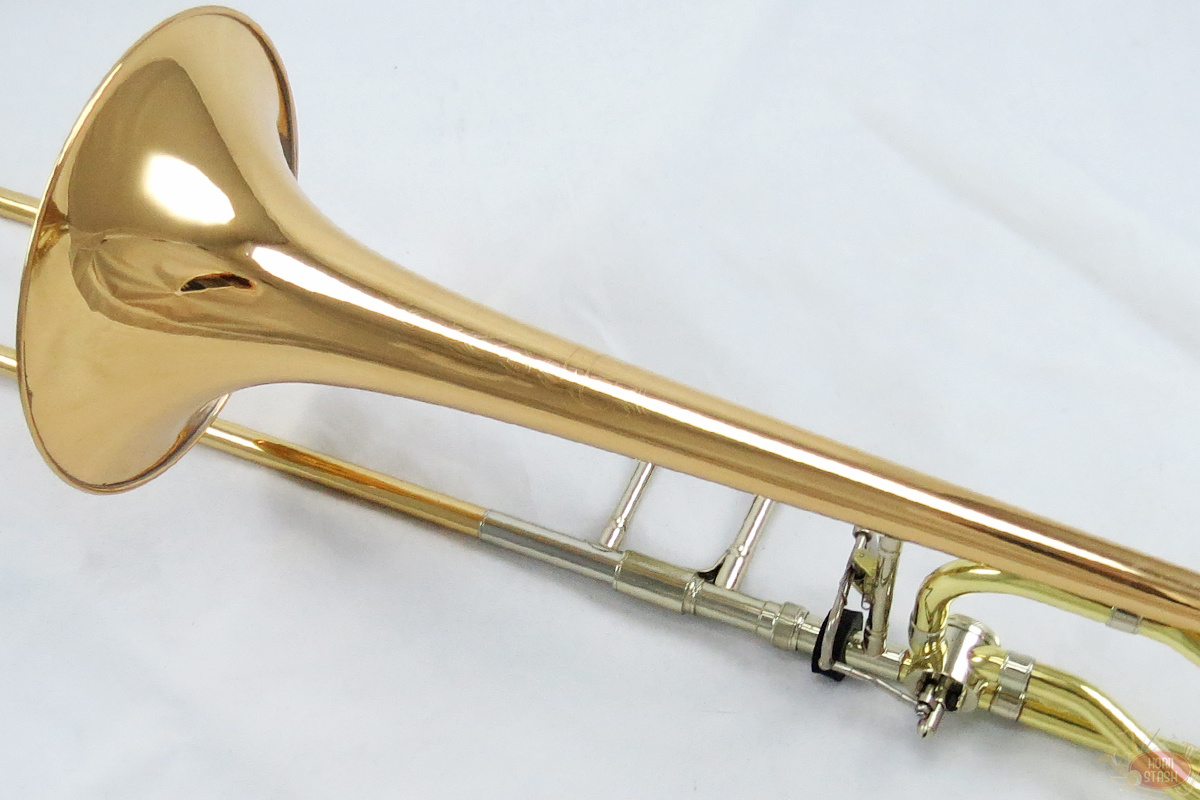 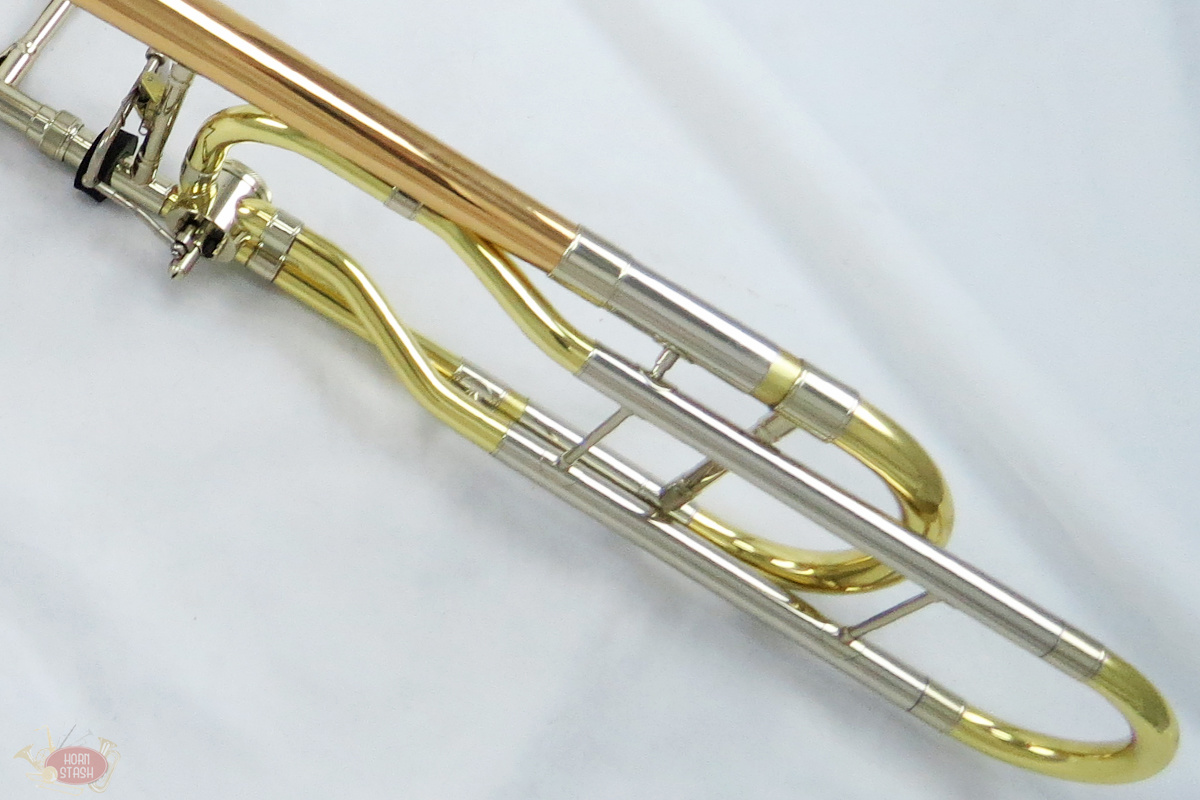 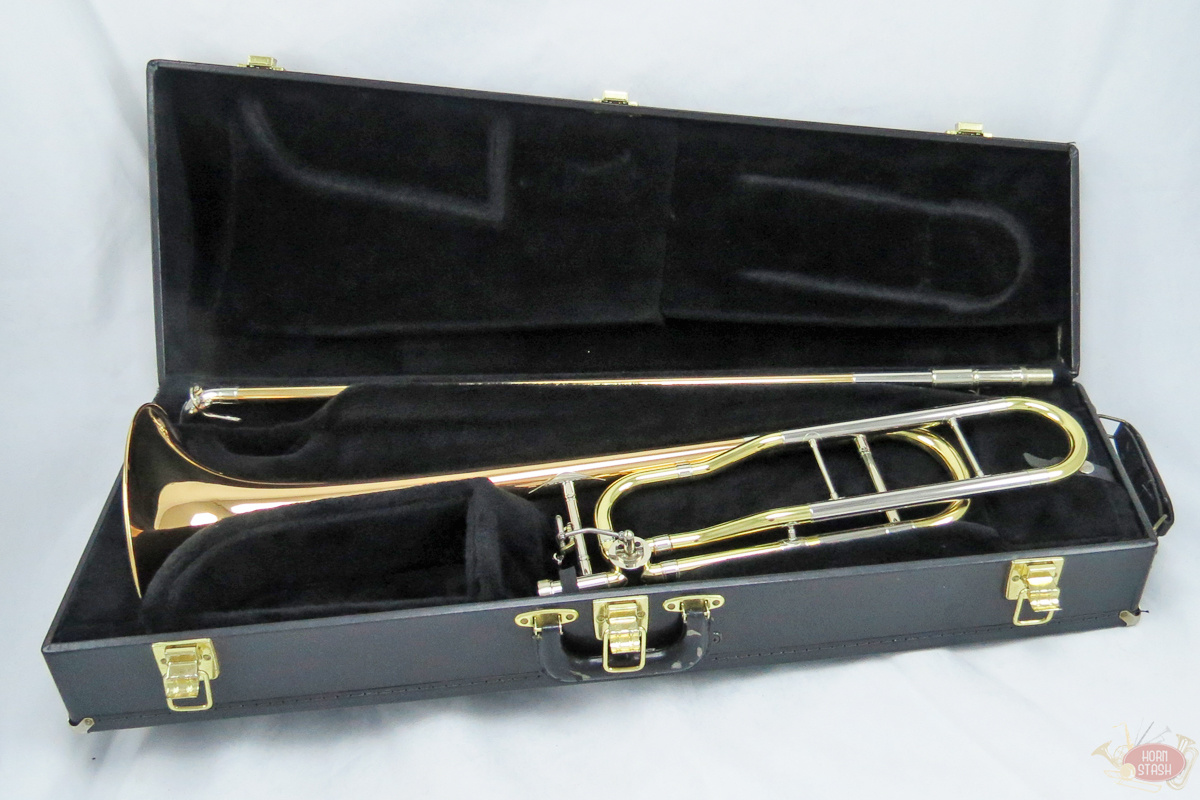 "The story of the C.G. Conn 88H trombone ultimately begins in 1875 with the vision and determination of one man: Colonel C.G. Conn. Founding a band instrument manufacturing company in the small town of Elkhart, Indiana, C.G. Conn quickly became known for his innovative brass designs and became the largest producer of trombones in the United States and earned the lasting reputation as "America's trombone house." Carrying on this tradition, the 88H is recognized for its unique tone color and refusal to "break up" even at the most extreme dynamics making it one of the most widely used professional symphonic trombones in the world. The C.G. Conn 88H series. Trombones with a future as bright as their past.

This Conn 88HO is in superb condition! That goes for the instrument's whole outfit - horn, case, and mouthpiece. When the horn arrived in our store, it needed a standard ultrasonic cleaning as well as some dent work on the outer hand-slide. Our professional brass technician quickly took care of the work and the horn is ready to take home! If you're a trombone player and you've never played on a Conn 88HO, you're really missing out. It's become one of the best selling trombones on the planet, and we are so excited to have such a great used on here! Used 88HO trombones are not common, so this will not last long! Stop by Horn Stash today to check it out!