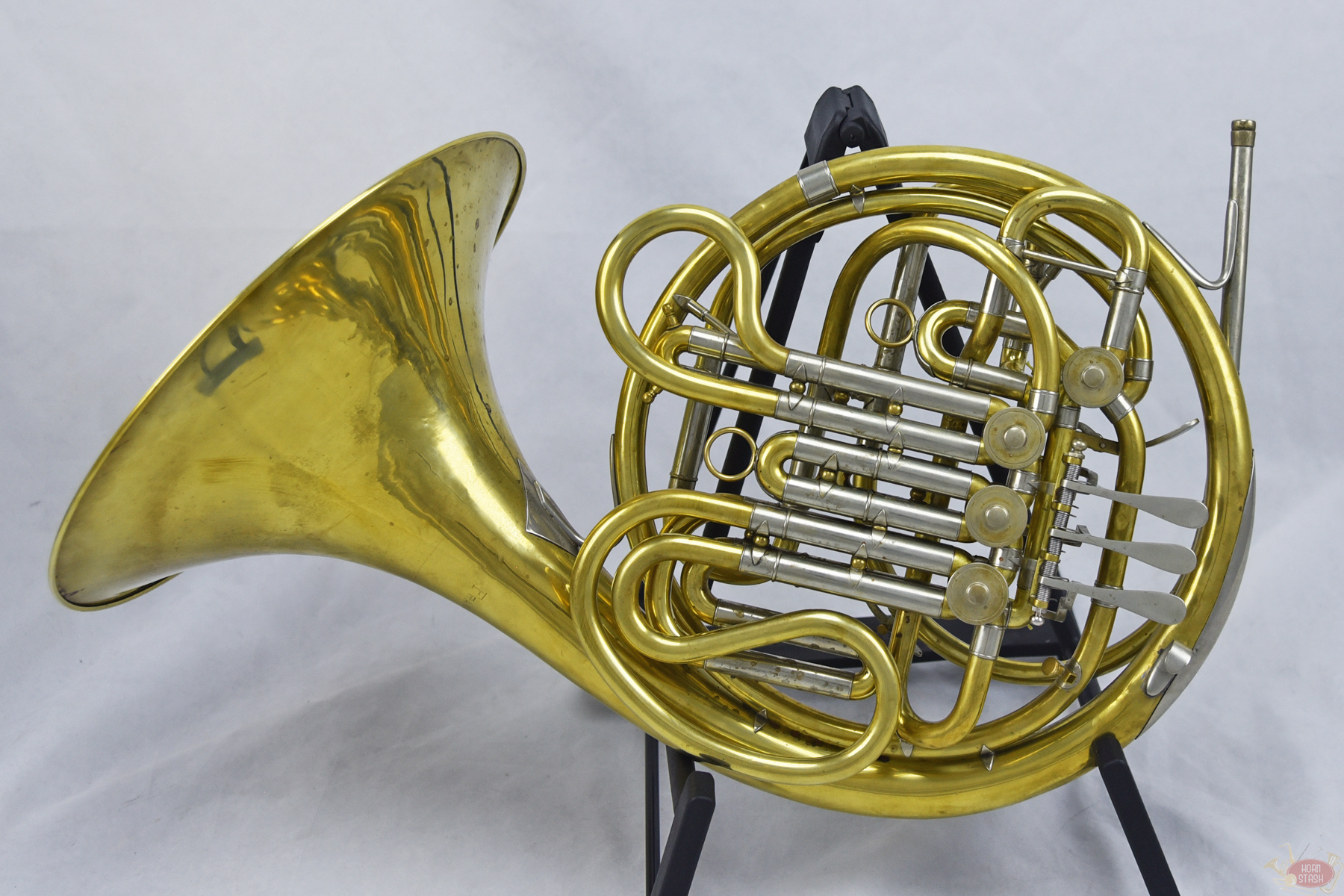 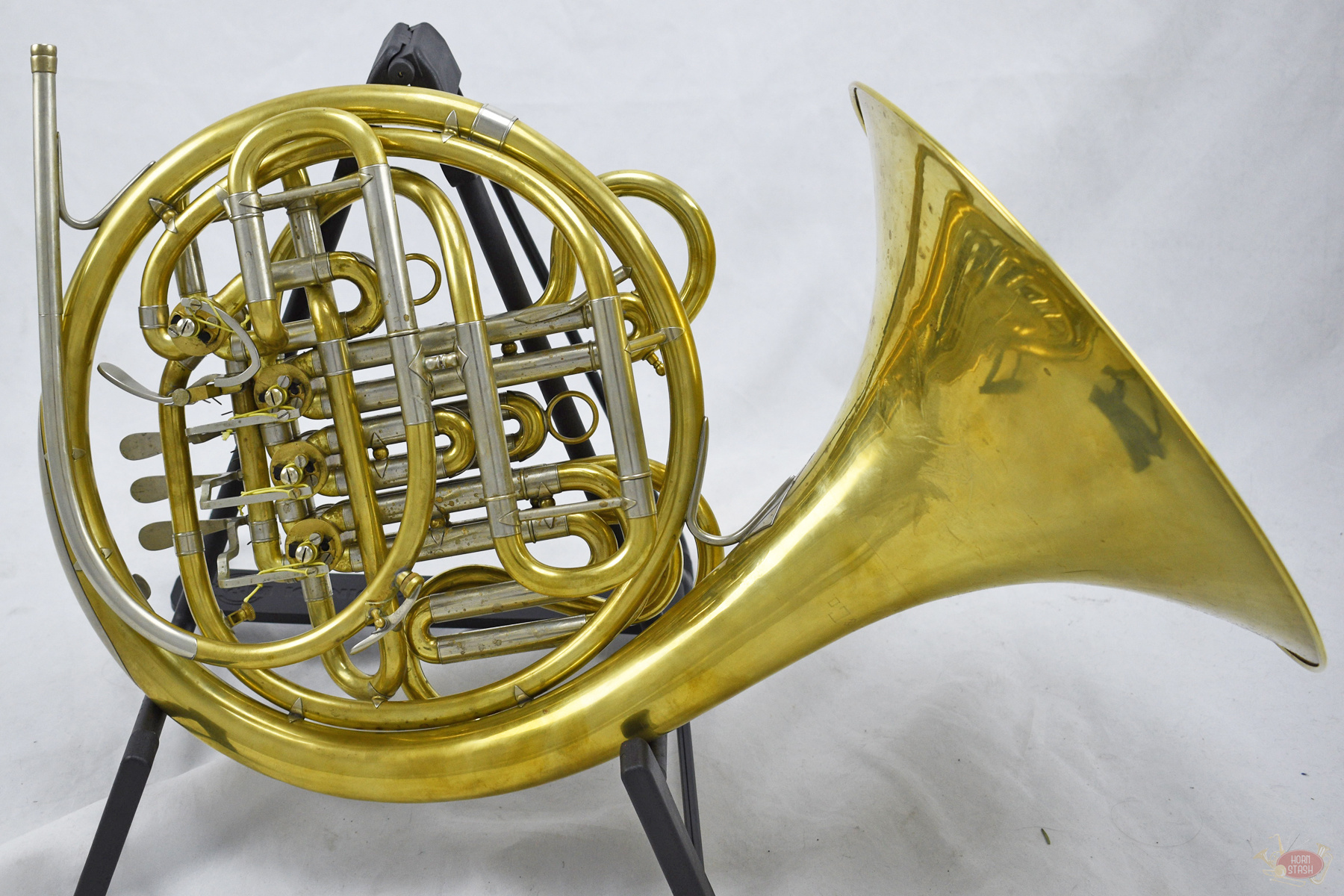 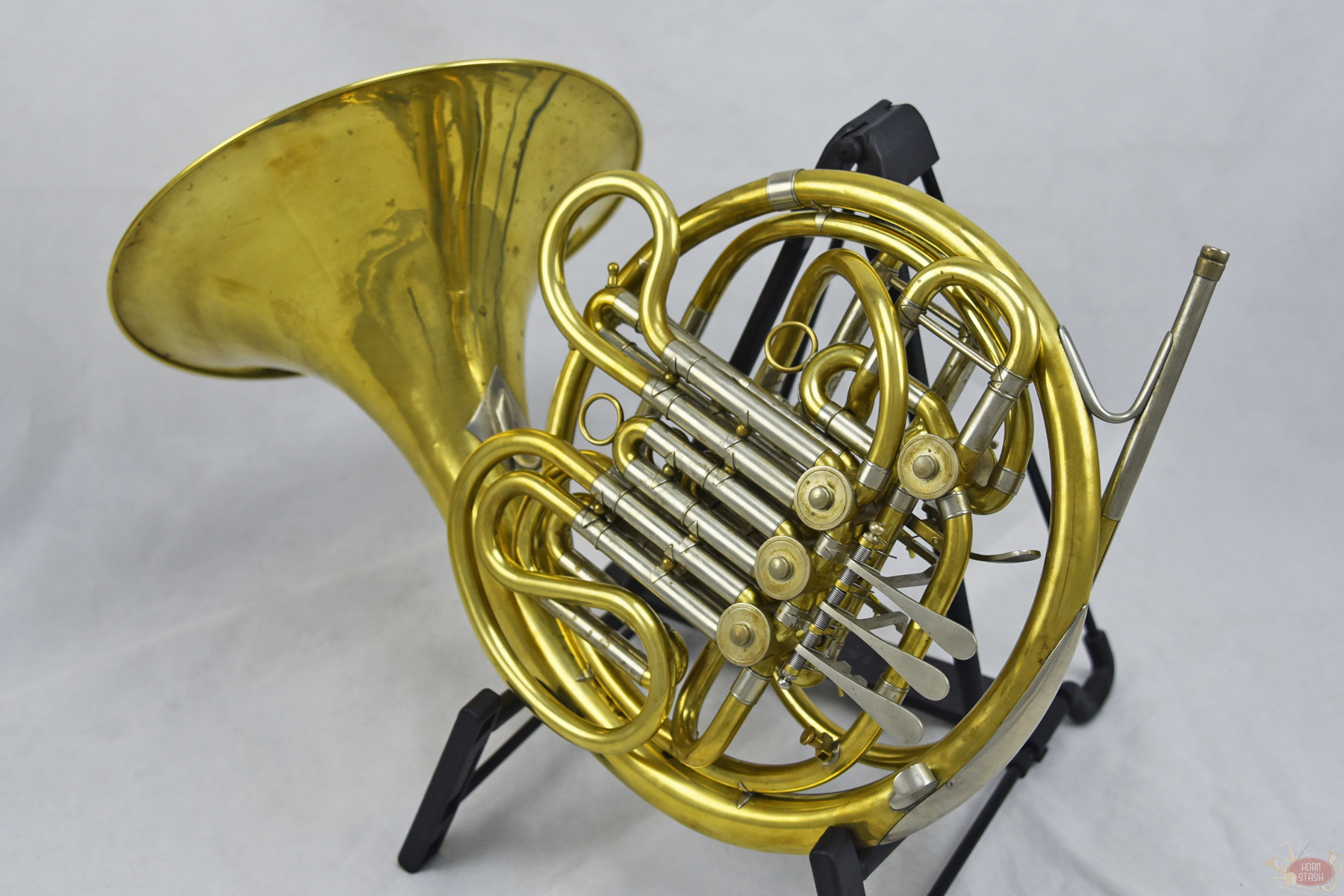 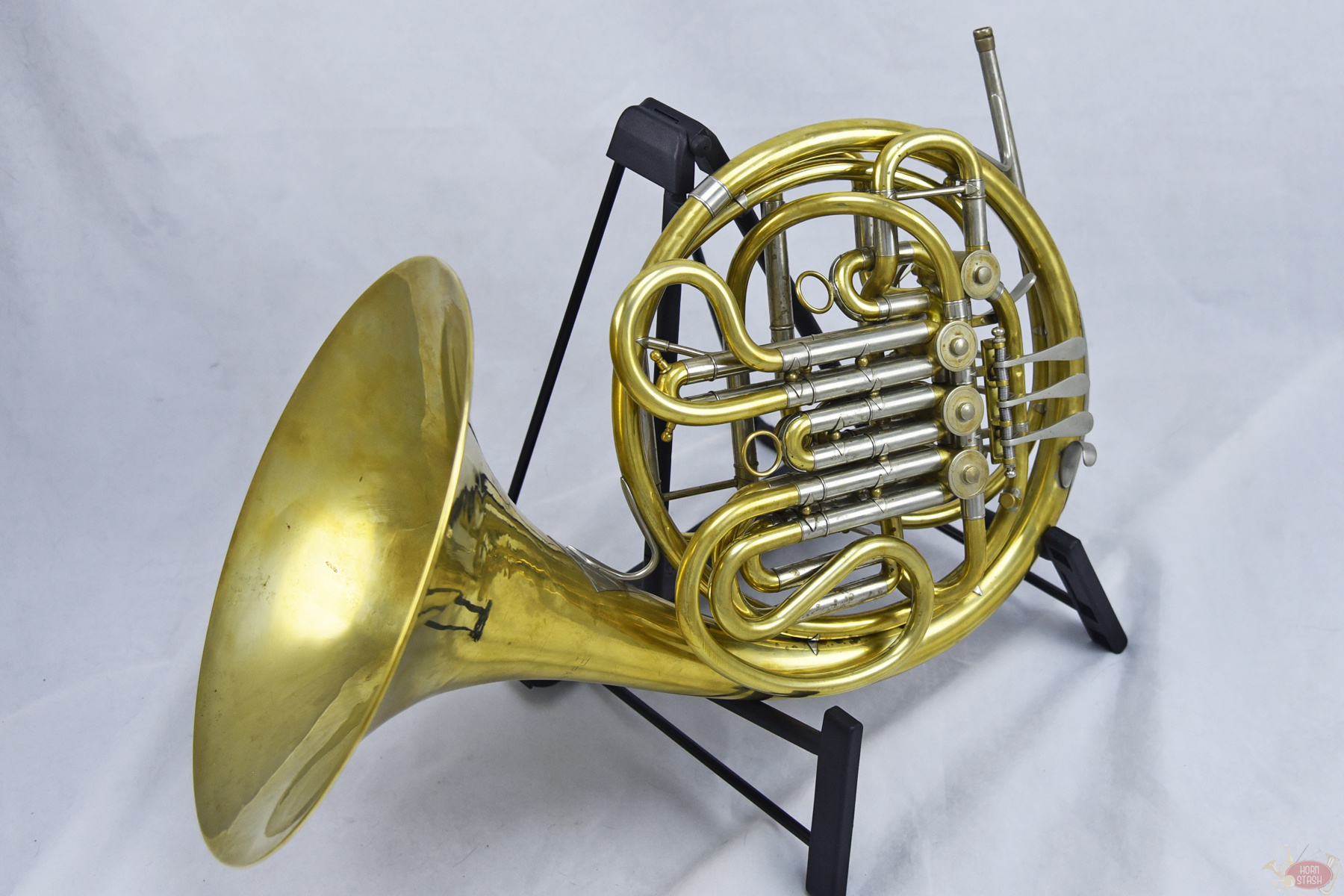 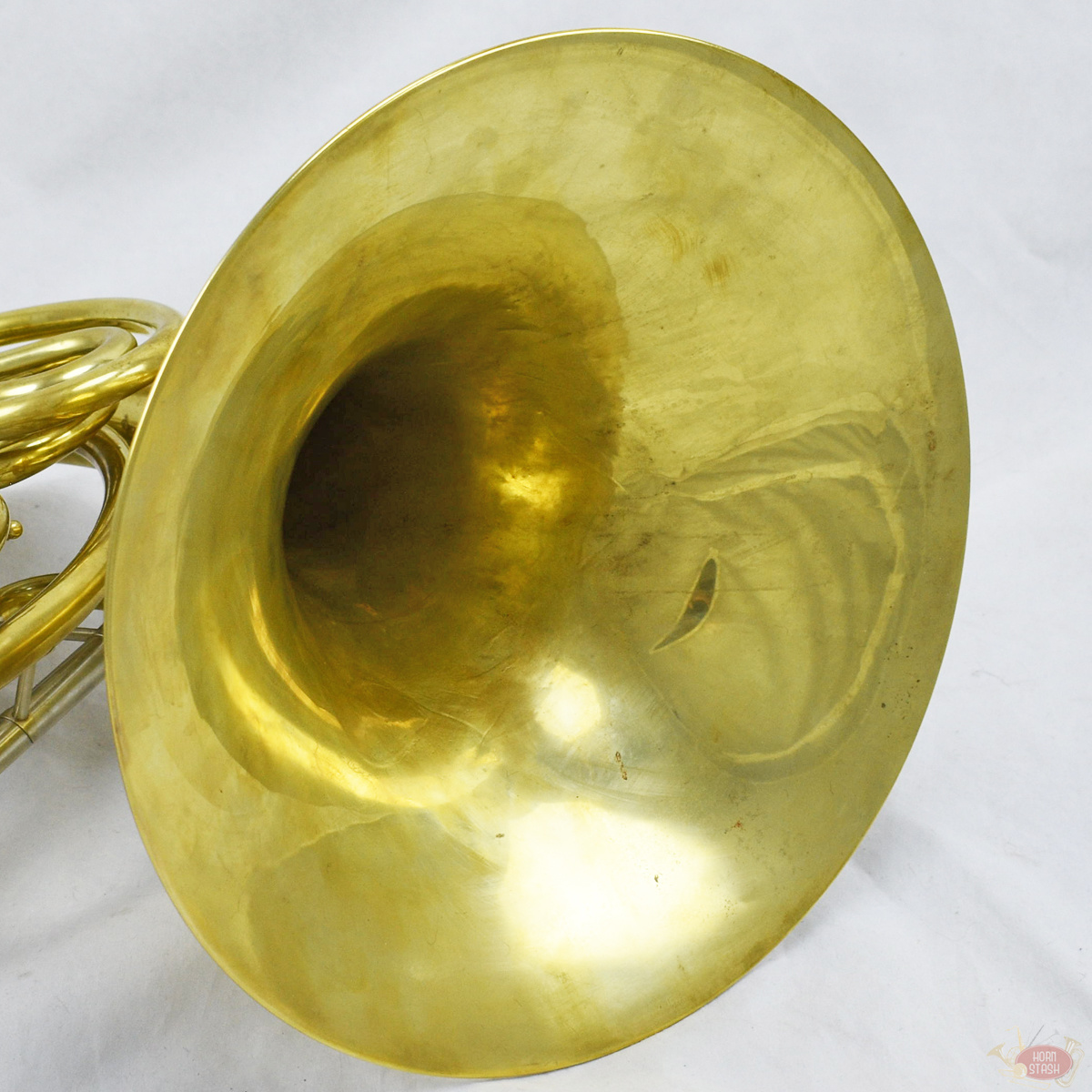 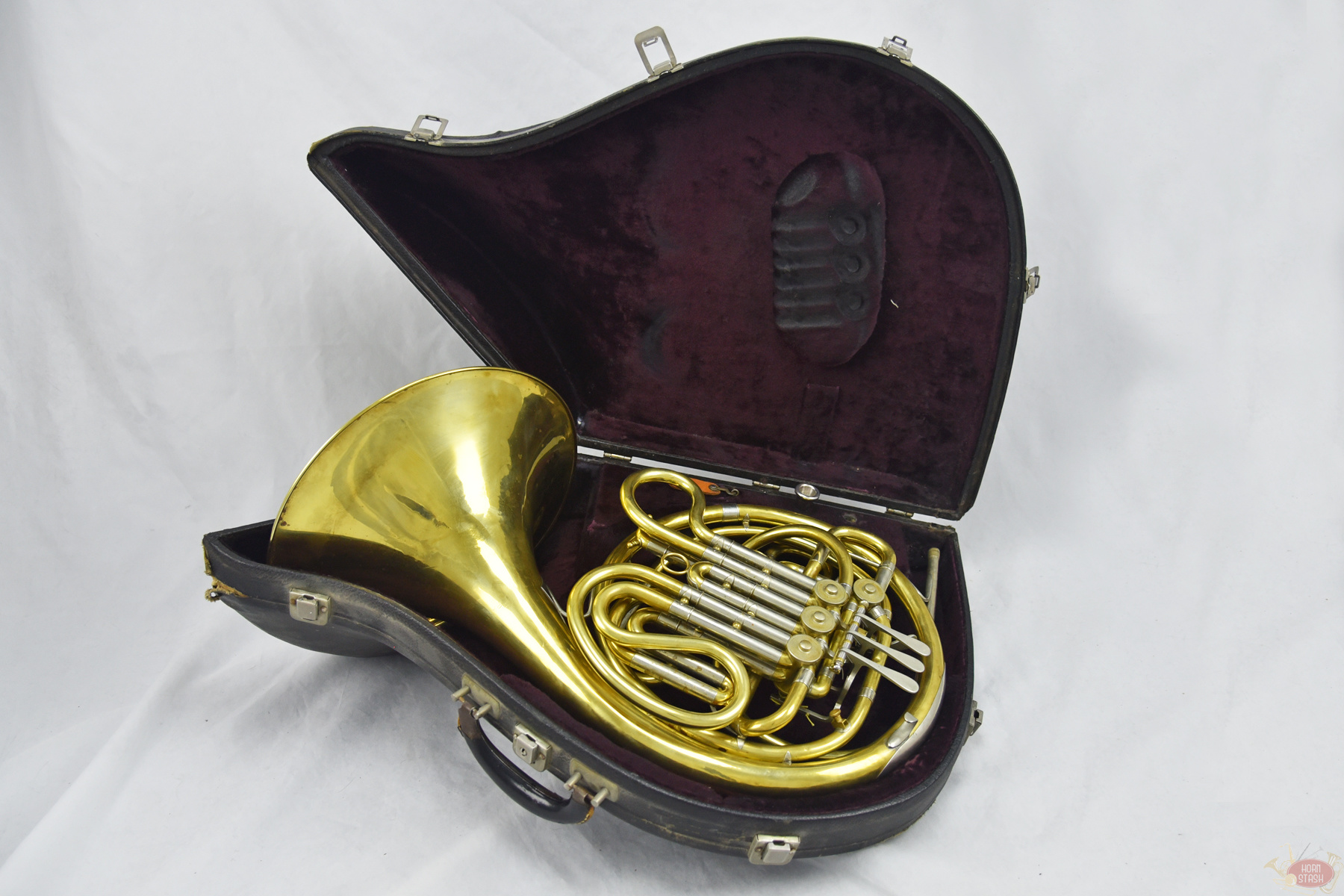 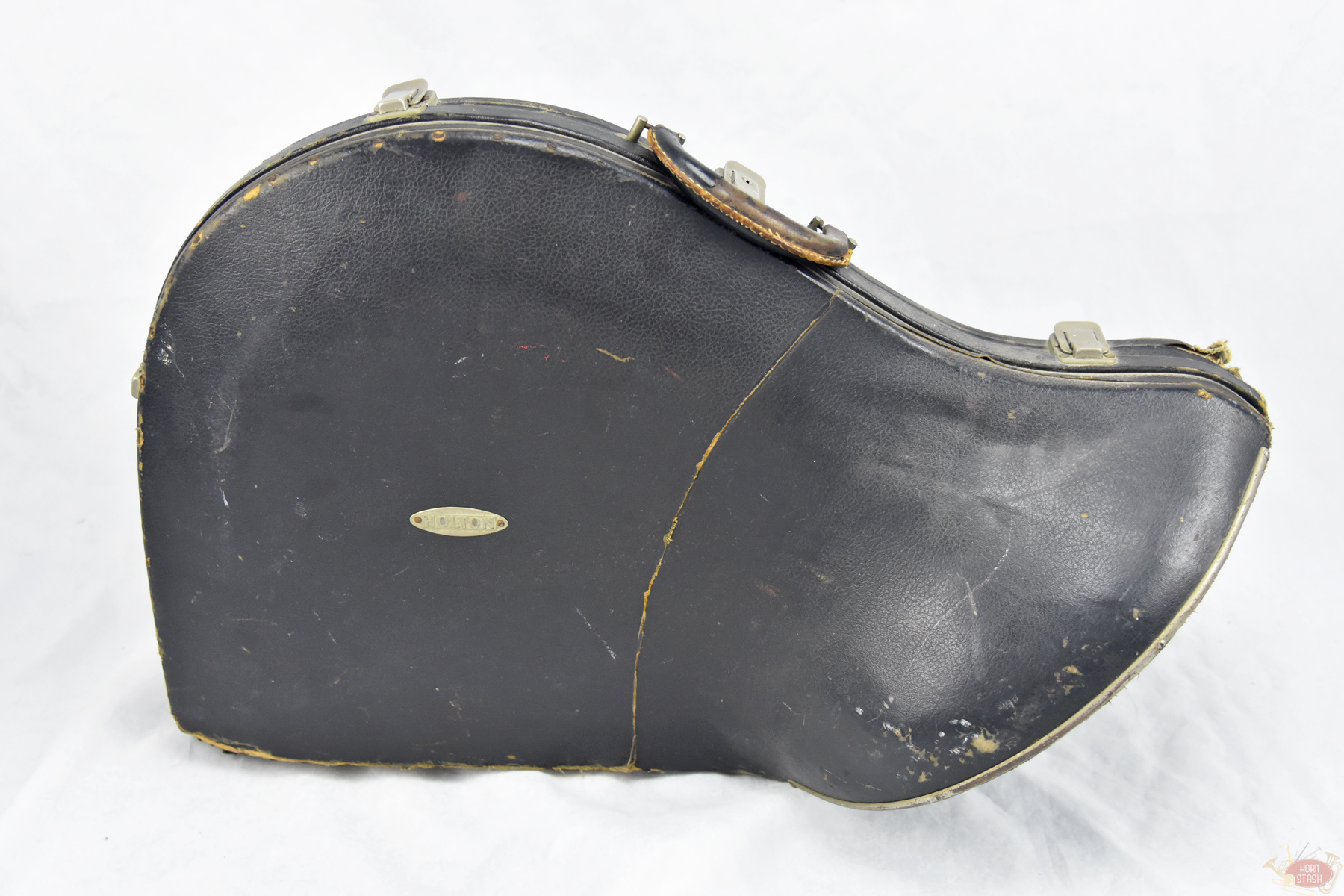 "There is an exciting new difference in the superbly conceived Holton 77 'Farkas Model' French Horn. Over a score of subtle improvements have brought new ease of playing and greatly increased freedom of response in fortissimo passages, with no sacrifice in the glowing tonal beauty of this already remarkable Holton achievement. We are indebted to Mr. Farkas for the privilege of working with him and for the inspiration of his artistry and understanding. This newest modification of the Model 77 will. in turn. serve as a never-ending source of inspiration to horn players the world over, and as a golden milestone in the evolution of this most versatile and beautiful of brasswind instruments! - Frank Holton & Co., Elkhorn, Wis."

Our professional brass technician spent some quality time with this horn when it arrived here. The bell section required some dent removal, and the horn got fully disassembled and ultrasonically cleaned. Once it was reassembled and lubed, it got a lengthy play-test and earned our technician's stamp of approval.

The horn's case is original and is in generally good shape with all of its original components still intact (latches, handle, etc). The outside leather lining is starting to wear, but that does not impact how the case protect the horn within. The horn itself is in good used condition. All of the lacquer on the instrument has been removed (prior to its arrival in our shop), and some dent scars will be found on the bell throat near the engraving. Some evidence of previous soldering work can be found under the pinky hook, the spit valve port, and a brace near the 4th rotor. These blemishes speak to the credit of the instrument - that the work was worth doing to keep this great horn up and running!

Bring your mouthpiece over and spend some time with this excellent raw brass Holton 77 double French horn! It's a great player, and it's a sweetheart of a deal for a performance-level French horn!

Call, text, or stop by for more information!